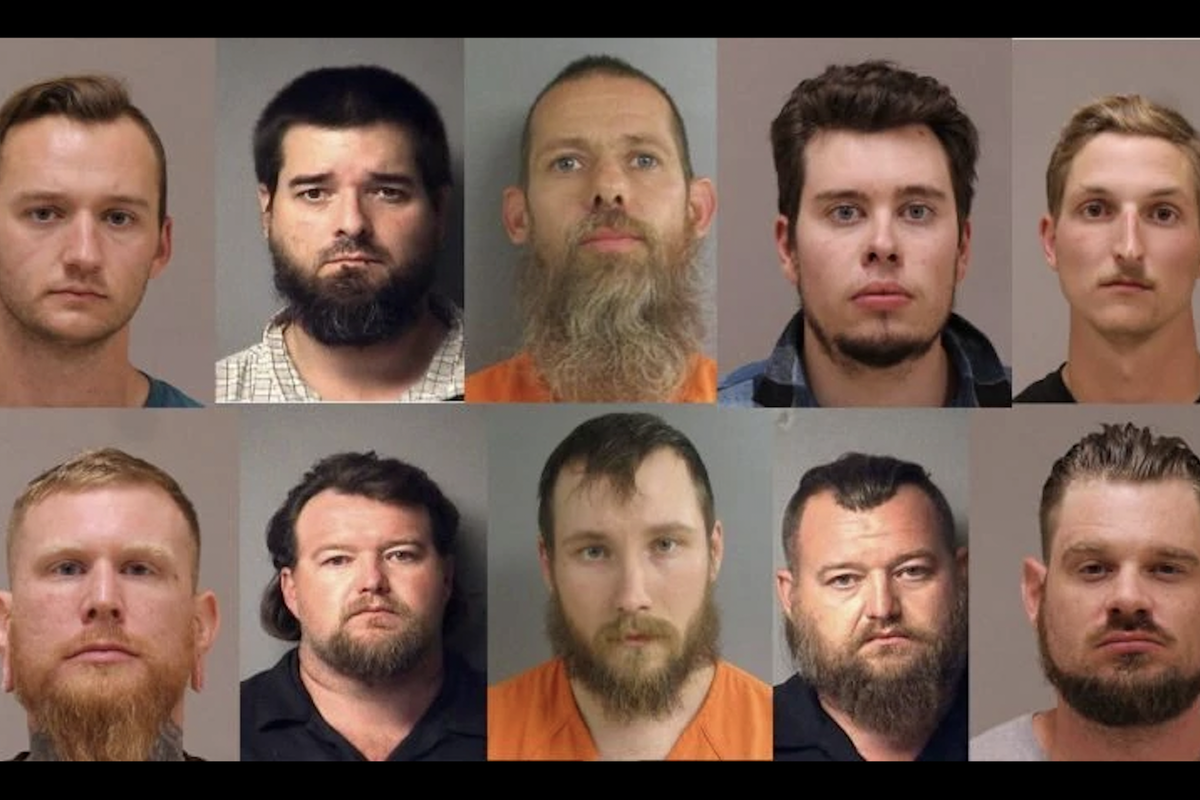 The men’s defense lawyer said his clients are far from thought leaders but argued that FBI agents and whistleblowers prompted their involvement in the kidnapping of Gov. Whitmer (D).

The Michigan governor was also on Trump’s lengthy list of opponents whom he badgered and threatened on a regular basis throughout, and after, his four years in office.

More than a dozen people were charged in October 2021 in connection to a plot to overthrow Whitmer following her remark that Trump encourages hate groups. The former president responded in a tweet calling on people to “Liberate Michigan!”

The tweet was one of several posted by Trump – before he got kicked off Twitter – railing against states with Democratic governors for measures they’d taken to slow the spread of coronavirus.

A State Police trooper, assigned to a terrorism task force, testified Friday that he had referred to the defendant Croft in a text message as “bonehead,” as others had.

Asked if he called Croft a “moron” in a text, Trooper John Penrod said: “It could be Mr. Croft or it could be anyone in the group.”

Croft and Fox were part of a group 14 right wingers, some members of a local armed militia called the Wolverine Watchmen, arrested for plotting to kill Whitmer. The government said they held planning sessions, field-training exercises and assembled weapons, including explosives, in the kidnapping plot.

Croft and Fox are facing their second trial after a jury failed to reach a verdict in April.