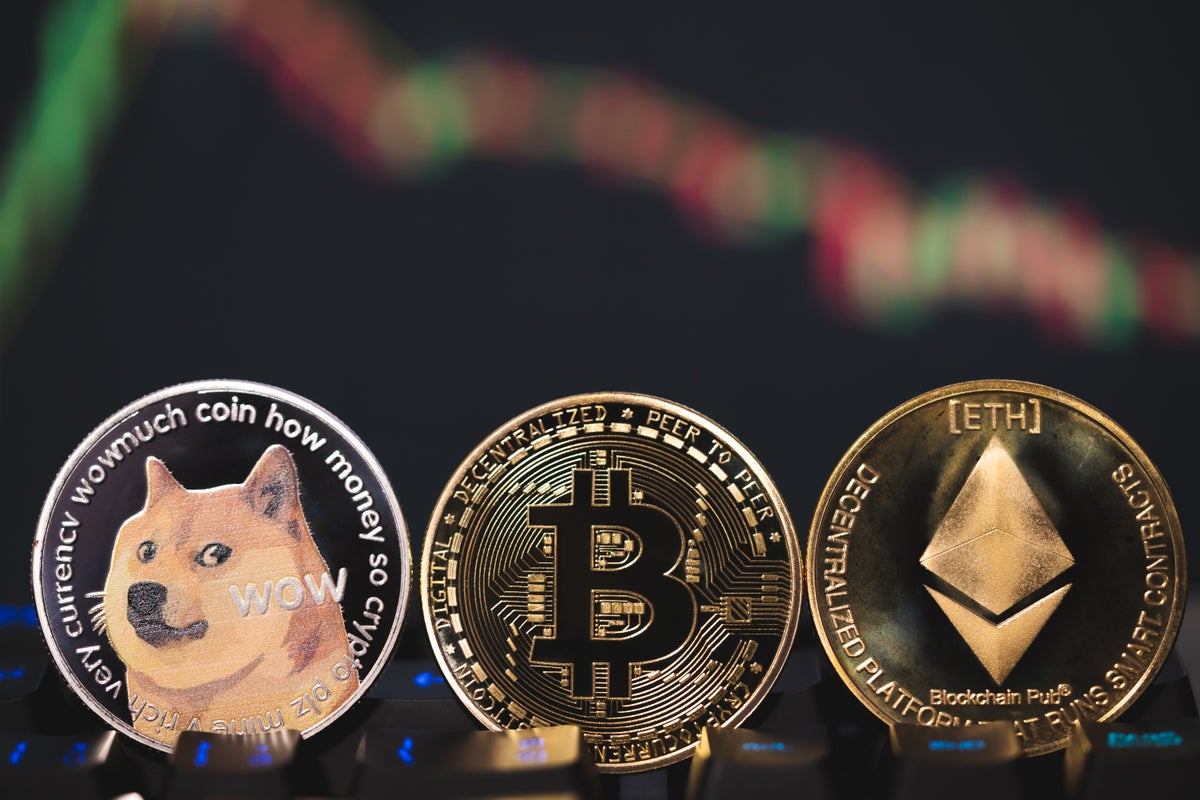 See Also: How To Get Free Crypto

Why It Matters: Cryptocurrencies traded relatively stable on a day the S&P 500 and Nasdaq tumbled 2.1% and 2.55%, respectively. At press time, stock futures were in the green.

“Normally on a day like today, Bitcoin’s percentage loss would easily exceed the weakness hitting the S&P 500 index.  Bitcoin may have some defending the $20,000 level, but it may be tough for that level to hold if king dollar continues to appreciate leading up to Fed Chair Powell’s speech at the Jackson Hole Symposium,” wrote Moya, in a note seen by Benzinga.

Fear surrounding inflation is back in vogue with key personal consumption expenditures (PCE) data expected on Friday. Before that, investors will keep an eye on the U.S. Federal Reserve’s annual Jackson Hole Symposium, slated to begin on Thursday.

ZFX Trading analyst Miad Kasravi said that the consensus is that “PCE peaked in June and Friday’s data will confirm this.”

Michaël van de Poppe said cryptocurrencies are still “on pace” to create a higher low. The cryptocurrency trader said that the market capitalization could look at the $900-$925 billion level.

The total market capitalization of #Crypto is still on pace to create an HL.

Would maybe look at $900-925 billion though, for confirmation, the scenario still stands. pic.twitter.com/ccCOD69SQz

The failure of the recent cryptocurrency rally was dissected by Glassnode in a blog post. The weakness and rejection of the $24,400 level back to below Bitcoin’s realized price took place as investors across various cohorts decided to “distribute” during the rally above the market average cost basis level, said Glassnode.

“The recent price uptrend also failed to attract a significant wave of new active users, which is particularly noticeable amongst retail investors and speculators,” said the on-chain analysis firm.

Meanwhile, large liquidations in long BTC and ETH positions were observed by Delphi Digital, which attributed investor speculation surrounding a period of prolonged interest rate hikes as the primary factor for the sell-off alongside strength in the dollar index.

Out of the $562 million of long positions that were liquidated on Aug. 19, 65% came from BTC and ETH positions, said the digital assets research boutique.

Even so, investors can expect Bitcoin bulls to put up a fight at the $20,800 level, according to Justin Bennett. Since the level dates back to 2015, “bulls will defend it with their lives,” tweeted the trader.

The $20,800 $BTC support is FAR more significant than most realize.

It dates back to 2015, so bulls will defend it with their lives.

A break lower seems more like a matter of “when” than “if.”#Bitcoin pic.twitter.com/l5s2w6xigt