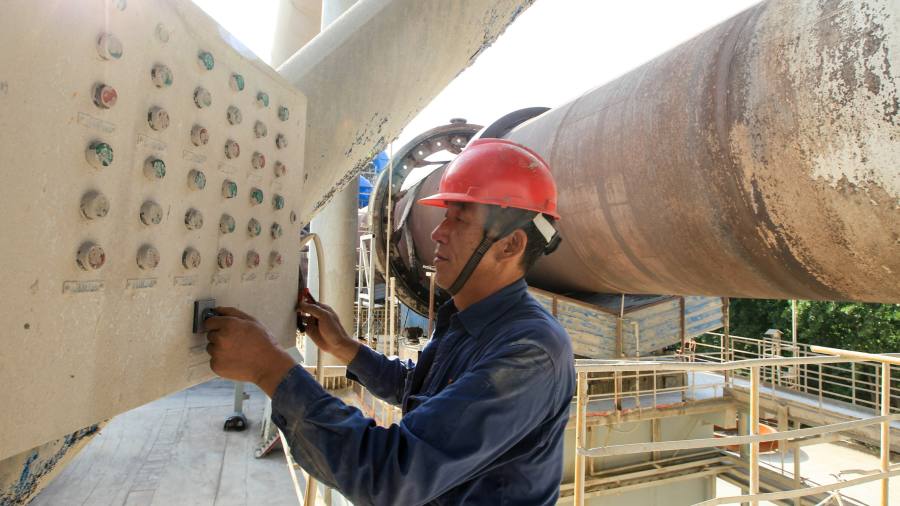 The biggest fall in Chinese cement production in at least two decades has dragged global output of the construction material into decline, demonstrating how a crisis in the country’s vast property sector is hitting other industries that rely on it for growth.

According to data provided by the World Cement Association, worldwide cement output fell 8 per cent year-on-year to total 1.9bn tonnes in the first six months of 2022.

The global drop was caused by a 15 per cent fall to 977mn tonnes in the volume of cement produced in China, the WCA said. Ian Riley, WCA chief executive, said the Chinese output fall was the biggest in more than 20 years, with no comparable decline in recent memory.

China’s property crisis, which began with missed bond payments at real estate developer Evergrande a year ago and has since spread across the heavily-indebted sector, is weighing heavily on economic activity.

The cement data are a sign of its mounting spillover effect on other industries that benefited from previously booming construction. Official data show new construction starts have fallen over 40 per cent year-on-year in every month since April.

“[In recent years], we have seen a tremendous construction boom [in China] . . . Cement companies thought they were about to start selling cement to these big infrastructure projects,” said Riley. But then a combination of the real estate crisis and China’s zero Covid policy “really started to impact business”.

Shares in major Chinese cement producers have taken a hit. Anhui Conch Cement and China Resources Cement, two of the country’s largest, have each seen their Hong Kong-listed shares drop about a third during the year to date.

Other commodities, such as the steelmaking ingredient iron ore, have been hit by the weakness in the Chinese property sector. Maike Metals International, a major importer of refined copper, this week said it was selling assets to survive a liquidity crisis compounded by real estate woes.

Beijing has responded in recent months, with officials announcing a series of actions to shore up the economy and the real estate sector, including tens of billions of dollars in stimulus measures.

Chinese cement producers are hoping that after the Chinese Communist party congress in October, which will be closely watched for any change in policy stance, the situation will “ease up”, Riley said.

“It is very optimistic to think we are going to see much of an improvement,” he cautioned.