Dollar Rises After Fed Official’s Hawkish Comment: What To Know Before Your Next Forex Trade 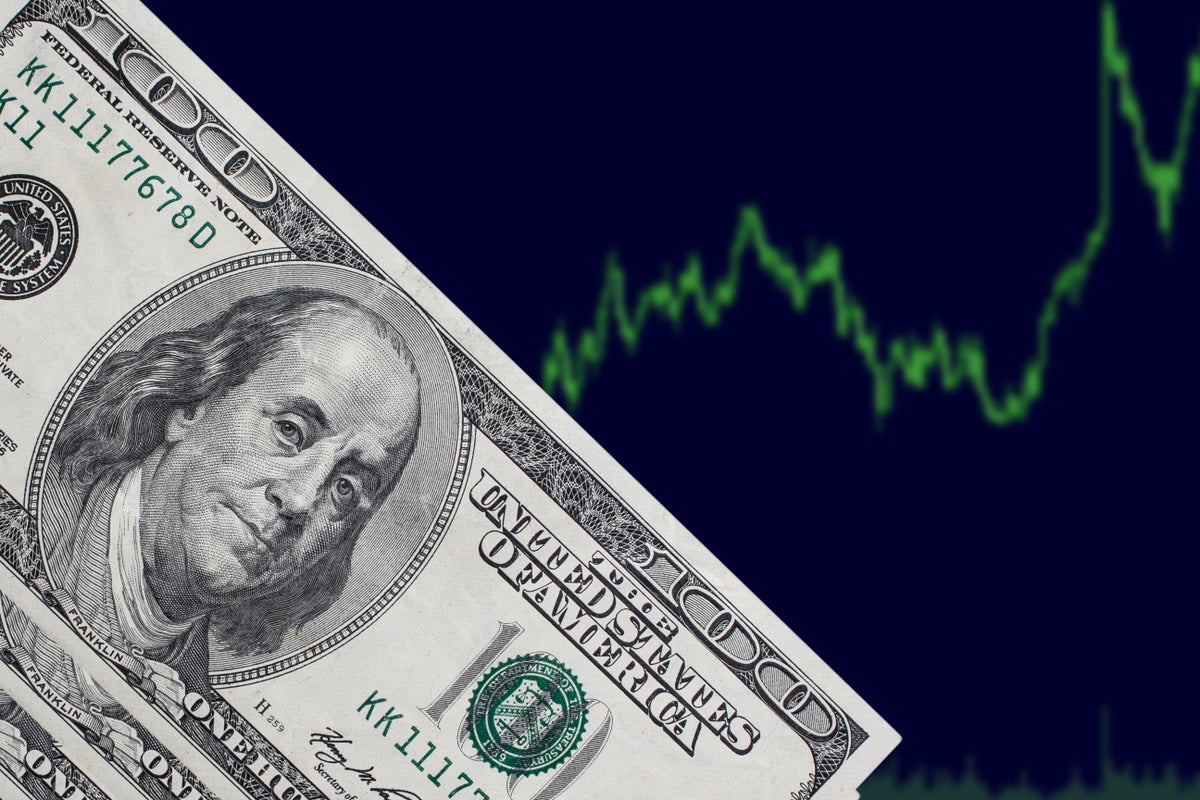 Traders are also eyeing Fed Chair Jerome Powell’s speech on the economic outlook at the Jackson Hole summit later this week, which will give an indication of how aggressive the rate hikes will be in the near future.

Dollar Index: The dollar index is a gauge that reflects the strength of the greenback against a basket of currencies. Its recent high stood at 108.54 as of mid-July, after which mixed expectations about rate hikes following a softer U.S. inflation in July had dragged the index down to as low as 105.09 in early August.

Rate Hike Projections: According to money markets, there is a 47.5% chance for another supersized 75 basis point rate hike on September 21, with a 52.5% chance for a 50 bps hike, as per the report.

Currency Movements: In Monday morning Asia session, the euro fell to lows seen during mid-July after Russia declared a three-day halt to European gas supplies via the Nord Stream 1 pipeline at the end of August, Reuters reported. China’s yuan fell to its lowest in nearly two years after the People’s Bank of China (PBoC) cut key lending rates. The USD/JPY pair rose as high as 137.43, its strongest level since end-July.