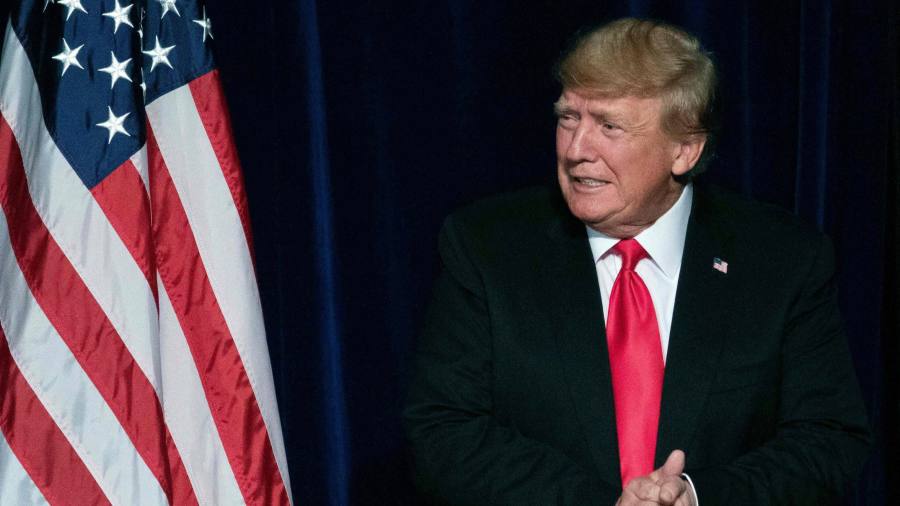 Donald Trump has begun his legal fightback against the US justice department over the seizure of documents from his Mar-a-Lago resort, requesting an independent court official to review materials taken during the search.

The filing in a Florida federal court on Monday marked Trump’s first formal move against the FBI following the dramatic raid on his Florida golf resort this month as part of an investigation into his handling of classified documents during his time in the White House.

Trump’s lawyers argued in the filing that the documents were automatically covered by executive privilege because they were created while Trump was president. “Only an evaluation by a neutral reviewer, a special master, can secure the sanctity of these privileged materials,” they wrote.

The FBI stunned the country and infuriated the former president when its officers searched Trump’s Florida residence two weeks ago without prior warning.

Agents took away several boxes of classified materials as part of their investigation into whether the former president broke the Espionage Act. The raid followed months of negotiation between Trump and the justice department over whether and how the documents should be returned to the government.

According to the Washington Post, the documents included material related to nuclear weapons, among other subjects. The seized materials included Trump’s passports, which were subsequently returned.

The search has piled further legal pressure on Trump, who is under scrutiny from the congressional committee examining the January 6, 2021 assault on the US Capitol as well as a grand jury in Georgia investigating his role in attempting to overturn the state’s 2020 presidential election result.

Trump reacted angrily to the FBI’s search at the time, calling it “not necessary or appropriate”.

In the court filing, his lawyers characterised the raid as “a shockingly aggressive move — and with no understanding of the distress that it would cause most Americans”, involving “roughly two dozen special agents of the Federal Bureau of Investigation, directed by attorneys of the US Department of Justice”.

His lawyers made four specific requests: to appoint a special master, a role typically given to a retired lawyer or judge; to undertake a review of the seized documents; to force the government to be more specific about which documents were taken; and to compel the return of anything not included in the scope of the search warrant.

The filing also restated many of the former president’s grievances against parts of the US government.

One section of the filing is titled “The government has long treated president Donald J Trump unfairly”, and details at length allegations that there was collusion between his 2016 presidential campaign and Russia.

The filing also states: “President Donald J Trump is the clear frontrunner in the 2024 Republican presidential primary and in the 2024 general election, should he decide to run. Beyond that, his endorsement in the 2022 midterm elections has been decisive for Republican candidates.”

The warrant to search Trump’s residence was approved by a separate federal judge, Bruce Reinhart, who is considering a request by media groups and others to unseal an affidavit laying out the justification for the raid.

Reinhart has asked the justice department, which opposed the affidavit’s release, to propose redaction to it this week. He admitted on Monday, however, that these redactions might turn the document into a “meaningless disclosure”.