EUR/USD Stuck in Horizontal Channel, but US NFP Data Could Catalyze a Breakout 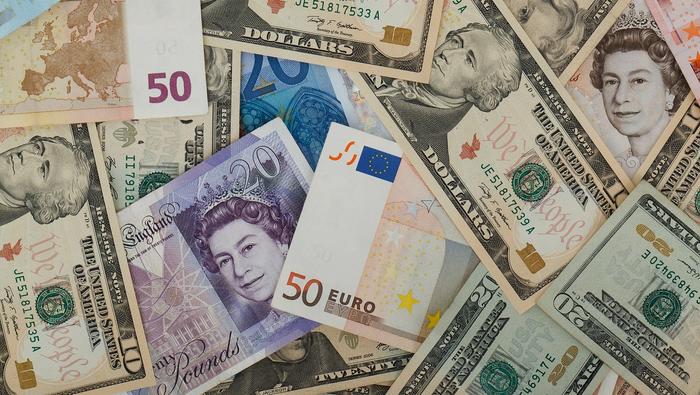 The EUR/USD has remained range-bound over the past few weeks, trading between ~1.0100 and ~1.0280, despite the bearish correction in the U.S. dollar and risk-on mood in the equity market. Growing headwinds in the Eurozone, such as the energy crisis caused by reduced Russian natural gas supplies to the region, have prevented the euro from taking advantage of the greenback’s softness and positive tone, setting the stage for a directionless bias.

While the rapid fall in U.S. Treasury yields, due to bets that the Federal Reserve’s monetary policy will become less hawkish, poses a challenge for the U.S. currency, the euro is not well-positioned for outperformance given the more dire circumstances facing Europe these days.

The Bank of England today predicted that the United Kingdom will enter recession by the end of 2022, extending into next year, when GDP is forecast to contract every quarter as a result of soaring energy costs. Though the UK and Eurozone economies are different, they follow a similar pattern, suggesting that the outlook for the 19-country bloc is also bleak and depressing. In this environment, the ECB will be unable to raise rates on a sustained basis, reinforcing the stagflationary backdrop and complicating the recovery. The possibility of this scenario materializing may weigh on the euro in the short term.

At the same time, there is another factor to keep in mind. If recession probabilities rise significantly in the coming weeks and months, flight-to-safety behavior among traders may benefit defensive assets. Generally speaking, in periods of economic uncertainty, the U.S. dollar tends to shine in the foreign exchange space against high-beta currencies to the extent that it trades as a risk-off proxy, with the outperformance enhanced when equities and bonds sell off in parallel. This could mean weakness for EUR/USD in the event of renewed market turmoil.

Looking ahead and focusing on the very near term, there is a major catalyst on Friday that could trigger exchange rate volatility: the July U.S. nonfarm payrolls report (NFP). According to consensus expectations, U.S. employers created 250,000 jobs last month, after adding 372,000 workers in June. If the labor market remains healthy, we could see a bullish dollar reaction, but the magnitude of the move will depend on the strength of the data.

From a technical standpoint, EUR/USD has been range-bound since the second half of July, moving flawlessly inside a horizontal channel, and bouncing between support at ~1.0100 and resistance around ~1.0280. The trading bias will likely remain neutral until prices breach that interval, but a breakout could pave the way for a strong directional move.

On that note, Friday’s NFP numbers could catalyze outsize price fluctuations. Having said that, if the current consolidation resolves to the upside with a climb above 1.0280, EUR/USD could pick up momentum and rise towards the 1.0350/1.0400 area. On the flip side, if prices head lower and pierce the 1.0100 floor decisively, the pair could be on its way to retesting the 2022 lows.