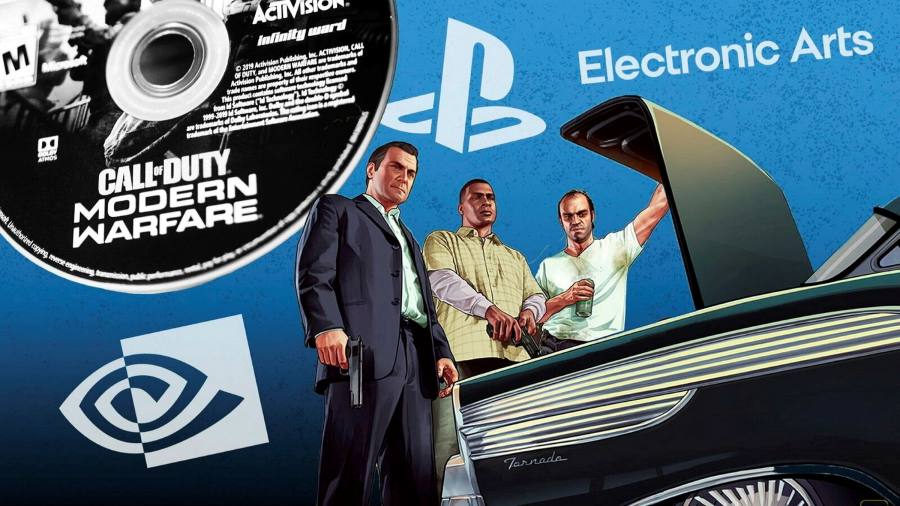 Gaming companies have been hit with weakening sales and engagement in recent months, as players returned to real-world pursuits post-pandemic and began cutting back on their spending amid a cost of living crisis.

Console producers, video game publishers and gaming chipmakers across the industry have reported a fall in demand in the latest quarter, challenging the belief that gaming is one of the most recession-proof forms of entertainment.

The slowdown comes after the sector saw a surge in demand and bumper profits during the pandemic, as global lockdowns drove a spike in consumers’ appetite for virtual entertainment and which, in turn, saw dealmaking rise sharply within the industry.

Console makers Sony and Microsoft were the harbingers of a downturn in gaming, posting sales declines from their gaming businesses. Last month, Sony reported a 15 per cent drop in PlayStation engagement year-on-year.

On Monday Nvidia, which is a heavyweight in gaming chip production, reported lower second-quarter revenue because of weakness in its gaming business. Gaming revenue in the second quarter fell 44 per cent from the previous quarter and 33 per cent from a year earlier to $2.04bn.

Strauss Zelnick, chief executive of Take-Two Interactive, the company behind Grand Theft Auto, told investors this week that he does not believe “the entertainment business is recession proof or even necessarily recession resistant”. On Monday it released forecasted sales for the second quarter and the full year which fell short of analysts’ estimates, causing its share price to fall by 5 per cent.

“If you are feeling the pinch of inflation, specifically with regard to non discretionary expenditures like fuel and food, you could imagine that if you’re playing a game, you might choose to spend a bit less or spend a bit less frequently,” said Zelnick.

This month Activision Blizzard, which is currently being bought by Microsoft for $69bn, posted a 15 per cent drop in adjusted sales in the second quarter compared to the same period last year, driven in large part by weaker demand in the console and PC market and a poor response to the latest release of its iconic Call of Duty shooter game.

Meanwhile, Electronic Arts, famous for its Fifa franchise as well as Sims, last week gave a revenue forecast for the second quarter that missed analyst estimates.

As restrictions have eased, the pandemic-fuelled boom for gaming has waned. But it comes amid a difficult economic backdrop, with consumers around the world looking to reduce their discretionary spending in the face of rising inflation.

The biggest impact appears to be on the mobile segment of the gaming market, which has been the focus of dealmaking in recent years. Take-Two completed a $13bn acquisition of Zynga earlier this year, while EA bought a 3D mobile gaming company called Glu for $2bn last year.

EA said mobile bookings were down 2.5 per cent from the previous quarter, with legacy titles — excluding Fifa Mobile — performing quite poorly.

Andrew Wilson, chief executive at EA, told analysts there was one “open question” the industry was facing: “in a world where you can engage deeply without spending, how will we see spending through this period?”

On Wednesday, the game-making platform Roblox, behind Jailbreak and MeepCity, saw its shares slide more than 12 per cent after it reported a 4 per cent drop in net bookings and a slowdown in daily user growth. The company has lost more than 50 per cent of its value since the start of the year.

Roblox’s chief executive David Baszucki refuted the impact of a gaming downturn on the company’s results however, asserting that it is more of a “future human experience platform” than a gaming company and adding “we’ve been through these cycles before, and we’ve been relatively immune to them.”

Game development platform Unity, which is the engine behind over 70 per cent of mobile games globally, lowered its full-year guidance on Wednesday on the back of revenue growth that was slower than previously modelled, and attributed the revision in part to “recent negative macroeconomic factors”.

Groups have also been let down by weak game releases — normally the catalyst behind stellar growth figures — in part because the pandemic unsettled pipelines. EA is still suffering from a weak release of its hotly anticipated Battlefield 2042 game in November, while Take-Two pushed back one of its most significant title releases.

Activision Blizzard has also struggled after its flagship title Call of Duty received a lacklustre reception late last year, which it attributed to the choice of a second world war setting that failed to resonate with its audiences.

“For growth to accelerate in the industry, you need compelling games,” said Neil Campling an analyst at Mirabaud Equity Research, noting that audiences have become more selective now that they have a more diverse option of leisure pursuits. “In reality we are still waiting for the next must-have blockbuster game.”

Patrick O’Luanaigh, chief executive of NDreams, a virtual reality publisher, agreed there has been a “marked slowdown in big releases”, adding: “It’s relatively sparse which is frustrating for some people.”

Nonetheless, executives have sounded a positive tone about their mid to long term prospects, pointing to steady growth in the number of gamers worldwide.

Wilson from EA highlighted how an expansion into mobile gaming, irrespective of whether they are opting for free games right now, “represents a way for us to access players in markets that our traditional business does not”, pointing to an estimated 3.5bn players worldwide.

Zelnick agreed, noting that evidence suggests the next generation of gamers are “more engaged and they play more”.

“So I have to believe that interactive entertainment will continue to grow disproportionately to the rest of the audiovisual entertainment businesses”, he added.