Gilead Has To Keep Playing The Exclusion Game (NASDAQ:GILD) 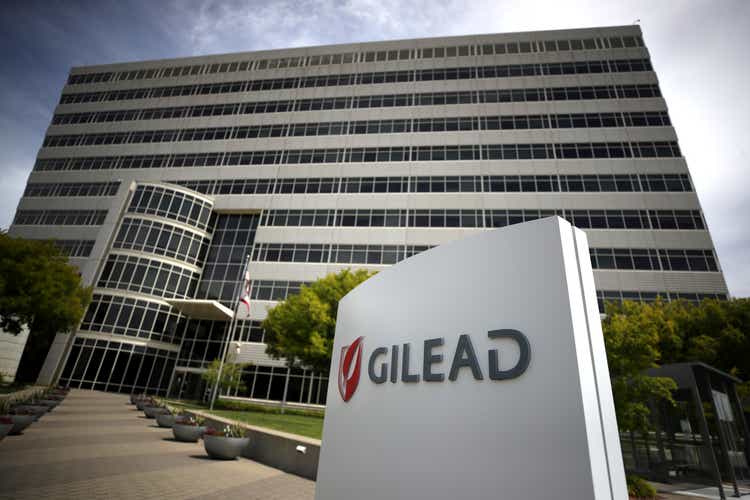 Gilead Sciences (NASDAQ:GILD) is a company we admittedly touted at some point as we discussed our concerns with rates, which at the time we thought would have to go above market-expected levels, and they did. Gilead has some key points of resilience that should not go ignored, especially by dividend investors. But the Veklury issue is pretty serious. We would not invest with the pressure of its terminal decline for the moment, but recognize that the stock is on balance cheap since Biktarvy and HIV will eliminate the revenue-at-risk from Veklury.

Gilead is having to play the game again of excluding products to show contingent growth. In this case it’s Veklury as it is now known (remdesivir as it was once known) that weighs down the portfolio while HIV, with the Biktarvy in the vanguard followed closely by Trodelvy, finally makes a strong step of growth. Recovering diagnosis rates are driving a growth profile for HIV and product sales are up 7%. Broadly, but still excluding Veklury, is also up 7% YoY. Without the LoEs that thankfully Biktarvy stemmed, revenue is up 11%. With the drag diminishing every quarter from LoE products in HIV while Biktarvy powering forward, the picture looks good incrementally for HIV, and this should be celebrated, especially as this is one of the most resilient possible drug portfolios you can have to stave off a recession.

However, Veklury continues to be an issue. The massive growth in demand in 2020 and 2021 have made Gilead rather reliant on it. A few quarters ago it accounted for more than 20% of sales. Admittedly, Q2 is a very slow quarter for Veklury, taking a very limited sample of the two Q2 in 2021 and 2020, but still the YoY declines are 46%, and now Veklury accounts for less than 50% of what it did prior. This is despite new indications by the FDA to use Veklury sooner on patients, before allowing COVID-19 symptoms to develop as far as before.

While COVID-19 is still prevalent, the most recent subvariants have been less severe and contributed to pure hospitalized patients, although roughly 60% of hospitalized COVID-19 patients that are being treated in the U.S. are receiving Veklury.

This will only continue, as the virus benefits from not killing its host. Do not bet against natural attenuation.

So a run rate and season-normalized level of revenue from Veklury would probably be around $800 million. That’s still about 13% of a quarter’s revenue. This is what we’d consider revenue at risk. On the other hand, Biktarvy and HIV broadly is adding $300 million per quarter. Things will be stemmed eventually, probably in a couple quarter’s time.

Biktarvy is a nice blockbuster and it is carrying the whole company at the moment. Veklury is a confounding factor that lies as a wart on the face of Gilead, but soon it’ll be dominated by continued growth of Biktarvy, and unlikely to negatively affect growth. We think this will be in a couple quarter’s time if not sooner, hopefully seeing more or less trough levels for now. When that happens, the growth profile will be priced in. Trading at a around a 10x PE, that could rise meaningfully to the high teens in our opinion, if the HIV franchise can continue to deliver and demonstrate resilience if the macro conditions deteriorate further.

As far as other risks go, there aren’t too many. All of its debt, maturing soonest in a couple of years, is fixed rate, so no interest risk. Otherwise, its exposures look very solid against macro pressures, and recovering diagnosis rates should continue to be a war-drum for the company and offering some backstops for HIV in case something unexpected happens.

If you thought our angle on this company was interesting, you may want to check out our idea room, The Value Lab. We focus on long-only value ideas of interest to us, where we try to find international mispriced equities and target a portfolio yield of about 4%. We’ve done really well for ourselves over the last 5 years, but it took getting our hands dirty in international markets. If you are a value-investor, serious about protecting your wealth, our gang could help broaden your horizons and give some inspiration. Give our no-strings-attached free trial a try to see if it’s for you.