Have The Walmart Heirs Been Selling Their Shares? Here’s How Much They Still Own 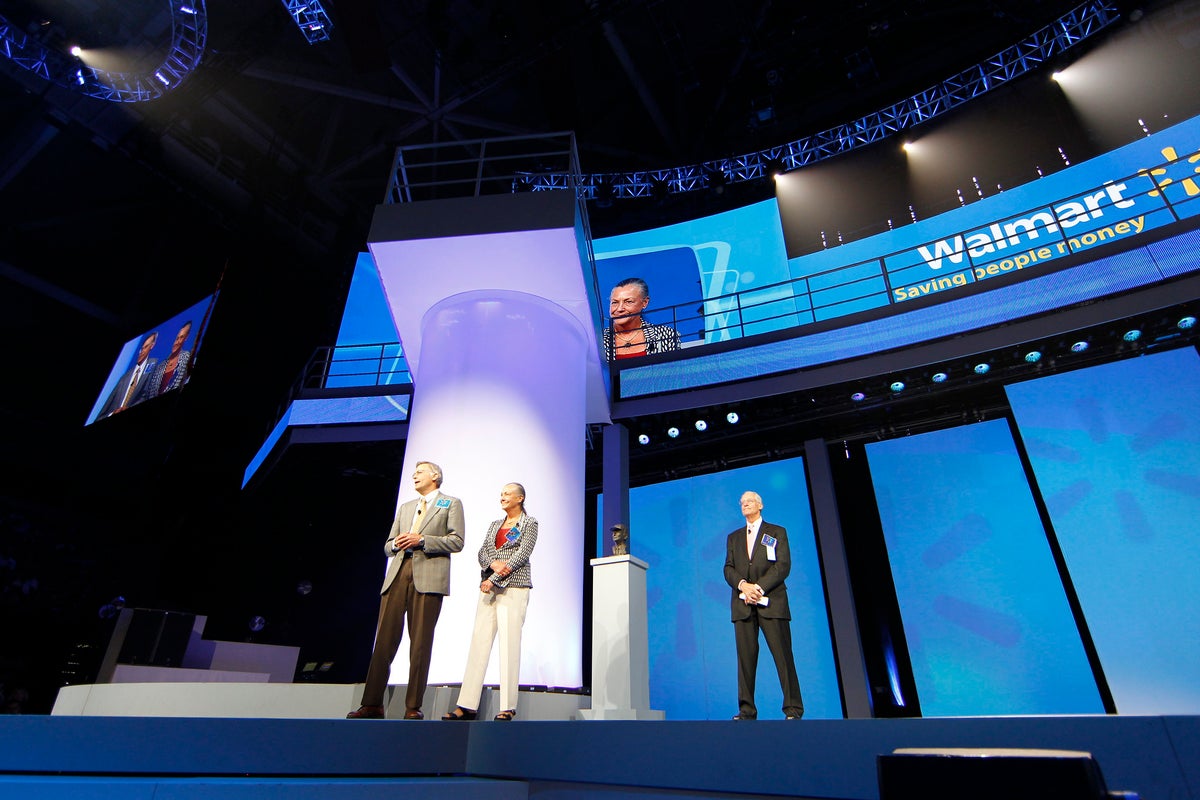 The heirs to one of the largest companies in the world maintain a large ownership in it. Here’s a look at the recent sales by Walmart Inc WMT heirs and what ownership stake three of the richest people in the world have left in the company.

What Happened: Retail giant Walmart opened its first store in 1962 in Arkansas before expanding nationwide and internationally. The company was co-founded by brothers Sam Walton and James “Bud” Walton.

Walmart went public in 1970 and has expanded to top the Fortune 500 list for several years as the top revenue generating company. Today, Walmart has more than 10,500 stores across 46 different names and locations in 24 countries.

The company is largely owned by the Walton Family Holdings Trust and the Walton Enterprises LLC. Three of the richest people in the world are the largest heirs to the family fortune and have extensive ownership of the ventures.

In 2022, there have been 21 sales and no buys from Walmart insiders according to Benzinga’s Insider Trades page. The transactions include sales from the three Walton heirs including those recently reported on Aug.19.

A transaction on Aug. 19 by the Walton Family Holdings Trust saw 3.34 million shares sold at an average of $139.50, leaving 1.28 billion shares owned by the trust and Walton Enterprises LLC after.

Along with the ownership in the trust and LLC, the three siblings own the following:

Related Link: If You Invested $1,000 In Walmart Stock At Its IPO, Here’s How Much You’d Have Now

While other billionaires on the Bloomberg list were down big in 2022, including Amazon.com founder Jeff Bezos whose wealth has fallen $30 billion to $162 billion, the Waltons have fared better losing a range of $1.4 billion to $1.9 billion each in their wealth.

The sales of Walmart stock happen typically once or twice a year by the trust to keep the ownership stake in the company at around 50% for the trust and LLC combined.

More sales from the Waltons and the trust could bring the overall ownership down and look concerning to investors with shares moving higher.

Investors are also quick to point out that Rob Walton bought the NFL’s Denver Broncos for $4.65 billion earlier this year in the largest North American sports team purchase of all time.

While Walmart stock has turned around over the last one to two months, a string of insider sales by the company’s largest owners and CEO might not show confidence in the company going forward.