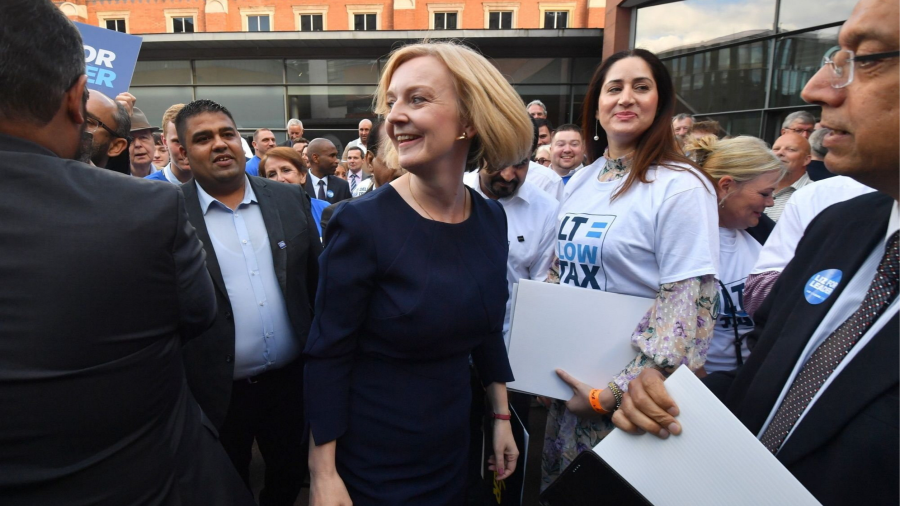 Liz Truss, the frontrunner to become Britain’s next prime minister, has signalled she would intervene to help companies and households deal with soaring energy bills this winter, pledging assistance “across the board”.

The comments come just days before Ofgem, the energy regulator, is expected to lift the cap on energy bills for households by an expected £1,600 — from £1,971 to about £3,600 — in an announcement on Friday.

A further jump is expected in April, posing a grave threat to household finances.

The intervention by Truss, the foreign secretary, in the Sun on Sunday newspaper is the latest shift in her position from early August when she told the Financial Times that she did not believe in “giving out handouts”.

Kwasi Kwarteng, the business secretary — who is expected to be chancellor in a Truss-led government — also signalled that further “help is coming” to deal with the energy crisis.

A spokeswoman for Rishi Sunak, former chancellor, who is Truss’s rival for the Tory leadership, said that he would “look at all options” to help companies deal with energy bills if he became prime minister — with small businesses likely to be the focus of support.

Nadhim Zahawi, the chancellor, has asked officials to explore ways for the government to help companies facing a potentially terminal rise in energy bills. The Treasury will present a suite of options to the new prime minister when he or she enters Downing Street on September 5.

One idea being examined by Treasury officials is the retooling of Covid-19 loan schemes to help companies survive the looming increase in energy prices. Other proposals being considered include grants to small companies, business rate holidays and temporary exemptions from VAT.

“It’s all speculative, but Nadhim Zahawi has asked for all options on the table,” said one official. “He’s yet to receive any substantial advice on it, but he is of the view that it is something worth exploring.”

Craig Beaumont, head of external affairs at the Federation of Small Businesses, expressed relief that the Treasury was examining a support package for companies as “it has been all about households so far”.

He said using existing mechanisms was the right approach to get help to businesses straightaway, although the FSB would also like businesses with 10 employees or fewer to be protected by an energy price cap.

Sir Keir Starmer, leader of the opposition, has increased the pressure on the Conservatives by announcing that a Labour government would freeze energy bills for six months from October at the cost of about £60bn.

The current government led by Boris Johnson, who announced his resignation earlier this summer, had already announced payments of £400 for every household, with the 8mn most vulnerable households receiving £1,200.

But with energy prices rising faster than expected there is growing pressure on Johnson’s successor to go much further — and expand both the size of the rescue package and its scope.

Truss, who is leading Sunak in opinion polls of the Conservative membership, has already announced plans to scrap a planned rise in corporation tax and National Insurance, and remove green levies from energy bills. 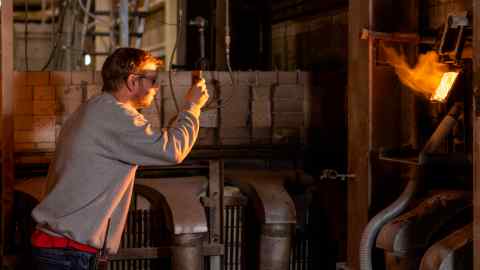 She said her preference was for lower taxes to expand the economy. “What I really object to is taking money off people in tax and then giving them the money back in benefits.”

Truss said her first Budget would explore ways of “making sure life is affordable for people,” adding that companies could expect help with bills. “I’m very, very aware that it’s not just customers, or consumers, that are facing energy price problems, it’s small businesses.”

She insisted the UK economy was not necessarily heading for a crash. “There is too much talk that there’s going to be a recession. I don’t believe that’s inevitable,” she said.

A survey of small businesses and sole traders released by the FSB on Friday showed one in seven were anticipating downsizing or shutting their businesses over the next 12 months because of spiralling inflation, driven by energy prices.

Businesses are not included in Britain’s energy price cap and instead negotiate fixed-price deals with suppliers. Energy consultancy Cornwall Insight has warned that some companies face a fivefold increase in their energy bills in October when a sizeable proportion of corporate fixed-price deals traditionally expire.