The recent government stimulus for small and medium-sized businesses, personal stimulus checks, and declining Coronavirus cases, are all great…

Low inventory has been a constant in the home market for more than a year. The supply of existing…

Ignoring warnings from the CDC, more than one million passengers per day boarded airliners over the last ten days.…

The Federal Reserve concluded its two-day Governor’s meeting earlier this week, and Chairman Jerome Powell was available to speak…

IRS Delays the Tax Filing Deadline by One Month

The IRS is leaving taxpayers some room to organize their filings this year, pushing the deadline from April 15…

Inflation Will Be Soon and Short, According to Treasury Secretary

Janet Yellen, Secretary of the Treasury, and an ex-leader of the Federal Reserve, has warned that prices will increase…

Congress recently passed a $1.9 trillion stimulus package with a narrow Democratic majority in the Senate. It has now…

Markets closed on Wednesday with mostly positive rebounds, and a record close for the Dow Jones Industrial Average (DJIA).…

Investing in the Next Space Race Through Rocket Lab

Rocket Lab is an American aerospace manufacturer that engages primarily in the growing market for small satellite launches. Founded…

With Trump Expanding the Debt Ceiling, How Will the Markets React?

After months of anti-spending rhetoric and nasty confrontations with the Democrats, President Trump took another huge u-turn on Thursday after “meeting with Democratic Congressional leaders on Thursday morning.”

Reuters News reports that “President Trump embraced the idea on Thursday of ending the need for periodic raises of the ceiling on U.S. debt by Congress, again siding with Democrats a day after stunning fellow Republicans by striking a deal with the opposition party on the debt limit and federal spending.” 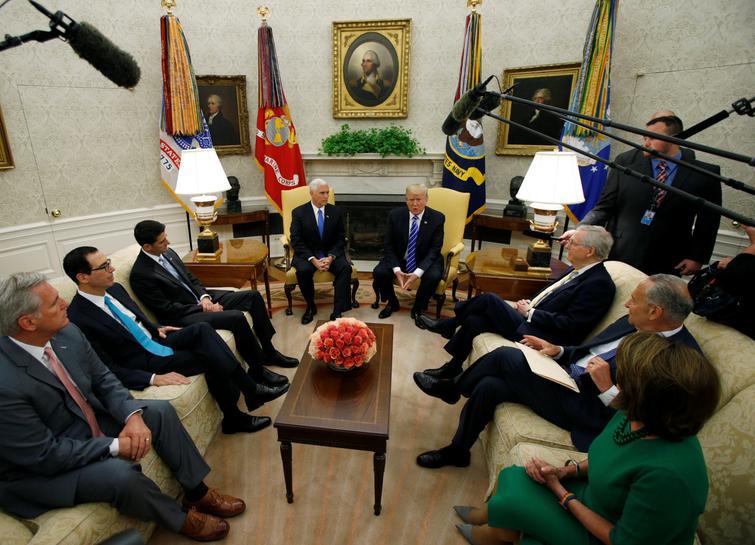 This marks a major shift for the President, who until now has shown little desire for any bi-partisan solutions on major issues such as healthcare or deregulation.

“For many years, people have been talking about getting rid of debt ceiling altogether, and there are a lot of good reasons to do that,” Trump told reporters. “It complicates things, it’s really not necessary.”

This decision can have massive ramifications on the economy, as President Trump may prove to be more flexible on debt policy, which in turn made the markets worried about the “potential for a default.” As a result, the markets could be set for a downward turn if this unlikely alliance’s plans come to fruition.

Find out more at reuters.com.

The recent government stimulus for small and medium-sized businesses, personal stimulus checks, and declining Coronavirus cases, are all great news…

The Federal Reserve is holding its target interest rate in a range of 0.00% - 0.25%, even while the economy…

Low inventory has been a constant in the home market for more than a year. The supply of existing and…