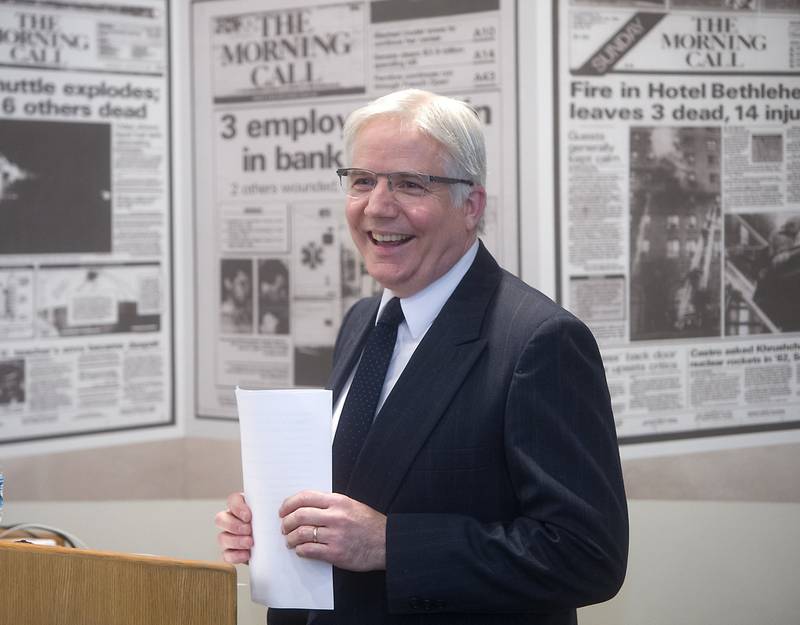 Mike Miorelli of The Morning Call in Allentown, Pennsylvania, remembers Mike Hirsch, who died earlier this month and was once the paper’s business editor.

Miorelli writes, “After Mike was diagnosed with ALS in late fall 2019, he came up with the mantra, ‘ALS will kill me, but it won’t break me,’ and he stayed true to that until his last breath.

“Mike got that business editor’s job in April 2001, but it wasn’t his last move at The Morning Call, He also was our features editor and finally, our Town Square editor. It was in that final role that I came to know Mike much better.

“He called me, ‘Boss,’ but in truth, he didn’t need supervision. Even as he lost more and more of his physical functions, Mike continued to work. He was editing stories, attending our news meetings most mornings, offering a perspective that I found comforting.”