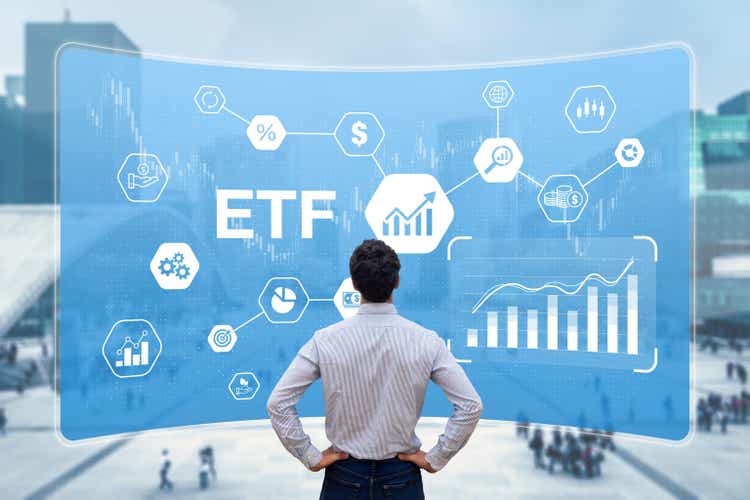 I last wrote about the Vanguard Total Stock Market ETF (NYSEARCA:VTI) back in May 2021 when I argued that the market was in a ‘3-sigma’ bubble and that rising inflation threatened to be the pin to burst it (see ‘VTI: Rising Inflation May Burst This 3-Sigma Bubble’). While the VTI went on to rise a further 13% to its December peak, it has since given back all its gains, including the impact of dividend payments. It may pain passive investors to learn that even after the recent decline the VTI is likely to underperform inflation over the next decade leaving holders no better off in real terms by the year 2032 and subjecting them to significant volatility in the coming years.

The VTI tracks the performance of the CRSP U.S. Total Market Index which measures the total investable U.S. equities market. While the ETF has a similar composition as the SPY, it also included small- and mid-cap companies, and the underlying index has a larger market capitalization of USD44trn versus the S&P500’s USD36trn. The VTI trades at even more extreme valuations relative to the S&P500, while paying an even lower dividend yield.

The VTI is a popular ETF among buy-and-hold investors as it captures the entire U.S. market and charges an expense ratio of just 0.03% per year. The VTI is a favored market for followers of the Jack Bogle philosophy that ‘time in the market beats timing the market’. While this is a good rule of thumb to invest by for most people most of the time, it does not tell the full story. There appears to be a large gap between the returns that passive investors expect to achieve over the long term and the returns that are likely based on current valuations. For those disciplined investors who are committed to dollar cost averaging as stock valuations fall, this may not be a problem, but this is easier said than done. There is an overwhelming urge to sell during bear markets as the red ink piles up, and this is particularly the case if stock weakness occurs amid economic weakness and job security declines.

The VTI’s valuations have fallen somewhat since last year’s peak, driven by a fall in equity prices and a rise in earnings. The trailing PE ratio now sits at 22x. The forward PE ratio (based on expectations of earnings over the next 12 months) sits at 18.9x, which may seem reasonable, particularly relative to the 2020 peak of 29.9x. Historically, investors who bought U.S. stocks at similar PE valuations could expect to see long-term real returns of around 2-3% annually. Considering the long-term average is around 6%, this is already low, but there are two reasons that suggests future returns are likely to be much lower than this, and quite likely negative.

Profit Margins Are Unsustainably High: I have written a number of articles about how unsustainably high U.S. profit margins are and how structural economic forces are likely to drive them lower over the long term (see ‘SPX: Expect A Bear Market In Profit Margins’). The current profit margin on the VTI is 10.2% which is significantly above its 10-year average of 8.5%. While data for the CRSP U.S. Total Market Index only goes back 10 years, data for the economy as a whole goes back to the 1940s and shows that profit margins are 60% above their long-term average. I fully expect to see profit margins revert to their long-term mean of 7% over the next decade, which would act as a 4-5% annual drag on equity prices assuming no change in the PE ratio.

Real GDP Growth Will Be Much Lower: Additionally, the 2-3% real returns that have been historically associated with current valuations have been supported by strong real GDP growth, which has averaged over 3%. Such growth rates will be extremely difficult to achieve going forward simply based on slowing population growth, with the working-age population no longer growing at all. When we add in the impact of weaker productivity growth as explained in ‘Brace For Sub-1% Long-Term Growth’, we will be lucky to achieve 1% growth over the next decade.

Taken together, an elevated PE ratio, unsustainably high profit margins, and a weak real GDP growth outlook suggest that the VTI should be expected to post negative returns over the next decade after taking into account inflation.

There Are Many Alternatives With Higher Return Prospects

The good news is that passive investors do not have to settle for such meagre returns as there are several overseas markets that offer much stronger prospects. As value investors GMO noted in their recent 7-year Asset Class Forecast, emerging market value stocks are now prices to return over 8% in real terms over the next 7 years. If emerging market stocks seem too risky, a long position here can be combined with U.S. Treasuries, which would help to reduce volatility and the risk of a large drawdown, while still providing returns far higher than the VTI. The U.S 10-year Treasury not only offers a higher yield than investors can expect to receive in the VTI, but it also comes with a track record of performing well during equity market weakness. This is likely to come in handy in preventing the urge to panic during any major equity market selloff.