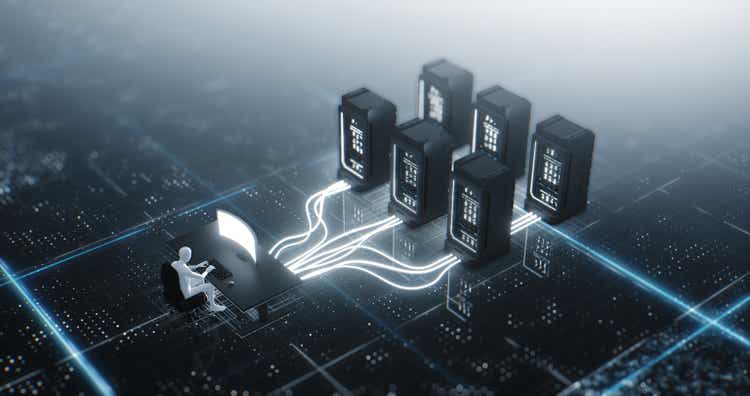 Alteryx’s (NYSE:AYX) Q2 earnings results positively impressed investors. Alteryx was once a high-flying data analytics darling. But over time, the stock became more grounded as its revenue growth rates failed to sustain momentum and entice investors to stick with the stock.

However, there are now reasons to believe that Alteryx has turned around and regained its footing.

With its stock priced at 6x forward sales, I believe this provides new investors to the stock with a positive risk-reward profile.

While Alteryx has in the past delivered the odd strong topline beat, for the most part, its revenue growth rates have been the occasional mid-single digit beat.

Taking a step back, keep in mind that Alteryx’s 50% y/y revenue increase is its fastest pace of revenue growth going back 10 quarters.

Hence, not only is this Q2 2022 topline beat impressive, but it’s even more impressive when considering the overall context. Alteryx’s strong revenue growth rate reported in Q2 was against the most challenging quarter of the prior year.

That immediately implies that for the remainder of 2022, Alteryx will be up against much easier comparables, thereby allowing Alteryx to shine as it compares against the revenue growth rates from the same period a year ago.

Hence, this naturally begs the question. What happened in the quarter that landed such a strong performance?

You can see this translated into Alteryx’s continued positive customer adoption figures, which saw Q2 2022 report an increase of 12% y/y in paying customers. This increase was consistent with its previously reported increase over the prior 4 quarters, asides from Q1 2022 which saw an increase of 14% y/y.

Furthermore, Alteryx’s customers spending $100K or more continue to grow well above its total ARR growth of 30%. This implies that larger enterprises with the most means are looking to double down on Alteryx offering and drive its revenue growth rates.

This is important because it shows that Alteryx’s customers with the most wherewithal rather than ease of the pedal, despite the challenging macro environment, are sticking with the company’s offering.

Secondly, Alteryx noted during its earnings call a slight uptick in contract duration.

Both drivers when taken together not only culminated in an impressive quarterly result but bodes well for the remainder of 2022.

During the earnings call, Alteryx’s CFO went on to say,

Pipeline generation is a metric that we track closely. We saw solid year-over-year growth in Q2, resulting in the highest Q3 opening pipeline we’ve seen in many years. Sales cycles are another key metric where we saw a slight improvement in Q2. And finally, renewal rates provide us a clear lens on the market demand. And as Mark mentioned, this was at a multiyear high in Q2. (Emphasis added).

Hence, even though the business is not making much progress on its profitability, I don’t know whether that is all that meaningful and important a metric for a company that is still growing at very strong rates.

As far as SaaS stocks go, there are many that even today, after what has been a brutal 2022, are still priced in the double digits to their forward revenues.

For instance, let’s discuss Cloudflare (NET). Cloudflare is not a direct competitor to Alteryx. Cloudflare’s business model is tilted towards content delivery and security, while Alteryx is focused on data analytics and leveraging data to derive data insights.

Nevertheless, from the investment perspective, both these SaaS IT infrastructure stocks have a lot more that make them similar than make them different.

And on this matter, Cloudflare is still being priced at 24x this year’s revenues. And I do believe that that valuation is justified.

However, Alteryx is priced at approximately a quarter of the value of Cloudflare. Yes, there are plenty of problems with Alteryx which means that it will never be viewed by investors in the same light.

That being said, for Alteryx to double its market cap through a multiple expansion will be a lot easier than it will be for Cloudflare.

What’s more, both businesses are now very close to clocking $1 billion of annualized revenues right now. And both businesses are growing by more than 40% in 2022. In fact, Alteryx is actually expected to grow by about 300 basis points faster than Cloudflare in 2022.

Alteryx comes back from the grave. Some way, somehow, this forgotten-about data analytics company puts out an impressive topline beat that shows to investors that it’s back in business.

Furthermore, paying 6x for this stock is not expensive. On balance, there’s a lot to like about Alteryx.