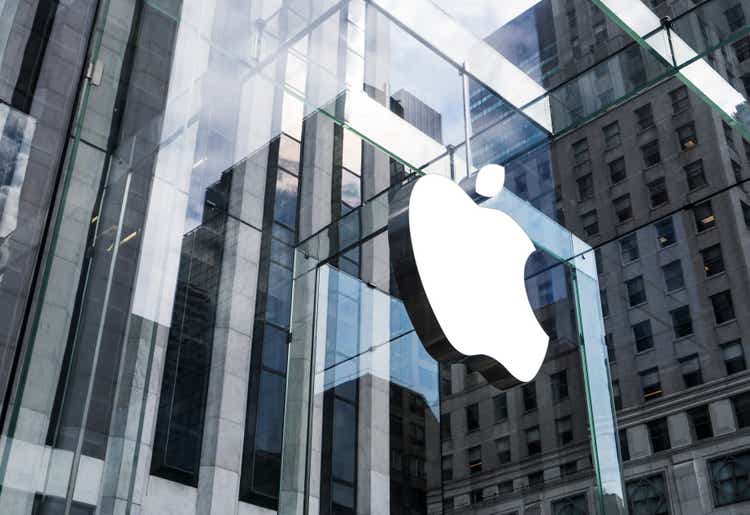 I am bullish on Apple (AAPL). And in my initiation article on the company, I have highlighted that there are x3 reasons why the stock of the iPhone-maker can trade significantly higher within the next 12-36 months: 1. New market opportunities including VR/AR and the Apple Car, 2. Accelerating strength in Apple’s service portfolio, and 3. Continued financial engineering. That said, I have received lots of private messages inquiring about when investors can expect the VR headset launch. While an official date still has not been set, today I open an upside catalyst watch, as I believe the Apple event scheduled for 7 September could be the date when Apple launches a Virtual Reality headset.

Apple stock has performed very well YTD, especially considering the very challenging macroeconomic backdrop for consumer-centric brands. The company posted a strong Q2 2022, beating analyst consensus estimates, and has guided for strong iPhone sales in the second half of the year. Accordingly, for the past 12 months AAPL stock is up about 16%, versus a loss of approximately 6% for the S&P 500.

While I, and surely many Seeking Alpha readers, could talk about Apple’s financials for days (I have written about Apple’s financial engineering here), in this article I would like to focus on a speculative upside catalyst watch relating to Apple’s new product initiatives. For many years, the market has been speculating on Apple developing a VR/AR headset. Although the company has not yet officially announced a VR/AR device, investors have noted that CEO Tim Cook has shared his ambitions for this emerging technology niche multiple times. Cook called VR as “critically important” and ranked VR amongst the “few profound technologies” that could support humanity on multiple dimensions.

According to Bloomberg Intelligence primer as of August 2022, Apple’s mixed-reality headset could support an annual revenue run-rate of approximately $15 billion until 2025. Sales will likely accelerate after 2025, especially as I estimate that Apple will likely complement the headset with the company’s broader service ecosystem. Reporting by highly followed Apple analyst Ming-Chi Kuo indicates that the entry price for the Apple VR/AR headset will likely be between $2,000 and $2,500

Analyst Ming-Chi Quo teased that Apple could launch its mixed reality headset as early as in the 2H 2022 or 1H 2022. Personally, I was slightly disappointed that Apple did not announce the technology with the WWDC 2022 already. But could September 7 be the big date? According to Bloomberg Intelligence (Bloomberg Terminal), many of Apple’s retail stores employees have been told ‘to prepare for major new product release on September 16’. When asked about VR/AR, CEO Tim Cook answered:

And of course, we are in the business of innovation so we’re always exploring new and emerging technologies. But I wouldn’t want to say anything beyond that.

In any case, the September 7 event will be an exciting event. Apple is set to launch a portfolio of new products, including the iPhone 14 and iPhone 14 Pro line. Here is what I expect for the specifications:

And for the iPhone 14 Pro and Pro Max products:

Moreover, Apple has also indicated that new software updates are planned for September, the iOS 16 for iPhone and the watchOS 9 for the Apple Watch. While this again is speculation, could the iOS update be designed to better support Apple’s VR technology? I like the odds.

While I strongly believe that Apple will launch a VR headset eventually, the 7 September is a speculative anchor. Accordingly, trading the event is a very risky thesis and accordingly investors are highly advised to do their own research in addition to this writing.

Investors who trade options might like to have a look at the 105/115 %-Moneyness Call spreads with September 16 expiry. Consider that Apple valuation does not price the VR launch, and implied volatility is attractive at 28.6%. Consequently, the trade would give a payout of approximately 10:1, if AAPL shares close at 115% moneyness at expiration (ref, ca. 191 strike).