Bulls and Bears Of The Week: Tesla, Apple, Marathon Oil And Why Coinbase May End Ethereum Staking 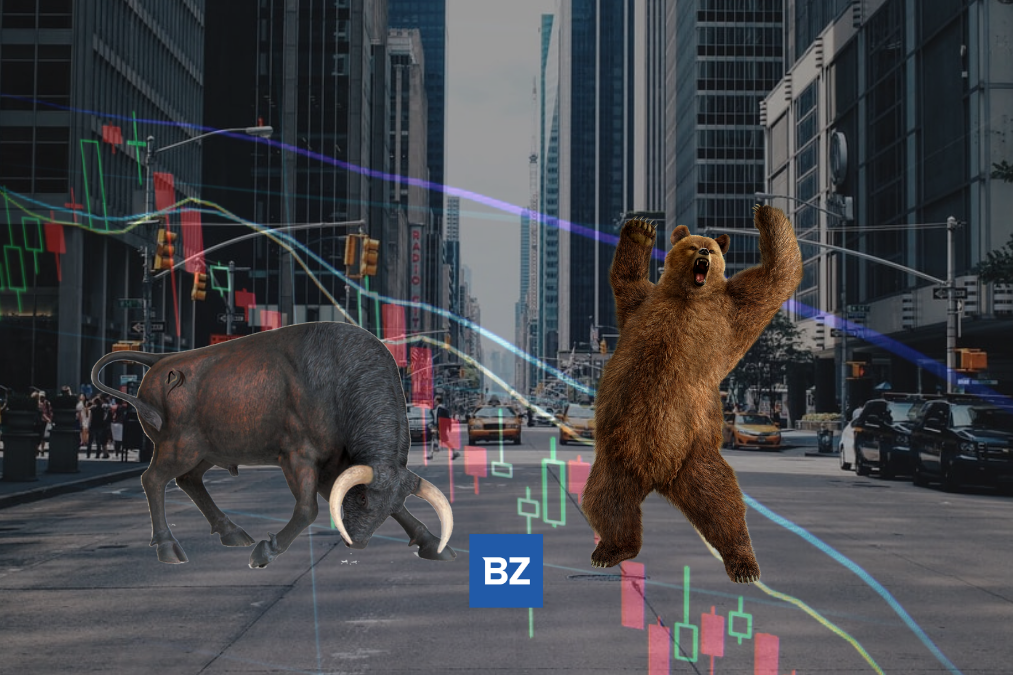 Benzinga has examined the prospects for many investors’ favorite stocks over the past week, here’s a look at some of our top stories.

Wall Street’s rally of four consecutive weeks came to an end on Friday, as stocks took a sharp downturn. The S&P 500 finished the week lower by 1.21%, while the Dow was down by a slight 0.16%, and the Nasdaq saw the biggest weekly decline, closing 2.62% lower.

Traders got jittery this week after the release of minutes from the Federal Reserve’s July meeting and comments from St. Louis Federal Reserve President James Bullard indicating that further rate increases by the Fed are likely in the near term.

The markets were also rattled by the plunging price of Bed Bath & Beyond Inc’s BBBY stock, which collapsed by more than 40% after Ryan Cohen sold his entire stake in the company.

Benzinga continues to examine the prospects for many of the stocks most popular with investors. Here are a few of this past week’s most bullish and bearish posts that are worth another look.

“Tesla Supercharger Network Opens To Non-Tesla Owners, Here’s How Much It Could Cost,” by Chris Katje, looks at Tesla Inc’s TSLA plan to expand access to its network of Tesla Superchargers worldwide to non-Tesla vehicles.

“Dave Portnoy: My Net Worth Is Tied To One Stock, Other Stuff Is ‘All Fun And Games,’” by Wayne Duggan, reveals what Barstool founder and CEO Dave Portnoy plans to do after his company was fully bought out by PENN Entertainment Inc PENN.

For additional bullish calls of the past week, check out the following:

Bed Bath & Beyond Is Done. What’s The Next Meme Stock? This Former Hedge Funder Has One Guess

Is The Bear Market Over? What To Watch On The SPY As The Market ETF Bumps Into Major Bull, Bear Indicator

“Apple Said To Lay Off 100 Recruiter Contractors As It Slows Down Hiring, Shift Return-To-Office Deadline,” by Shanthi Rexaline, details why Apple Inc AAPL has been slowing hiring, and has reportedly laid off recruiter contractors in the past week.

“Coinbase Could Shut Down Ethereum Staking Due To Regulatory Risks, CEO Says,” by Ryan McNamara, explains why Coinbase Global Inc COIN CEO Brian Armstrong will likely opt to shut down Ethereum ETH/USD staking rather than comply with the OFAC’s requirements to censor the blockchain.

“Short Sellers Are Ramping Up Their Bets Against Tech Stocks: Analyst Says This May Be A ‘Bear Rally,'” by Wayne Duggan, looks at a new report by S3 Partners analyst Ihor Dusaniwsky suggesting that short sellers expect more weakness ahead for tech stocks.

For more bearish takes, be sure to see these posts:

Keep up with all the latest breaking news and trading ideas by following Benzinga on Twitter.