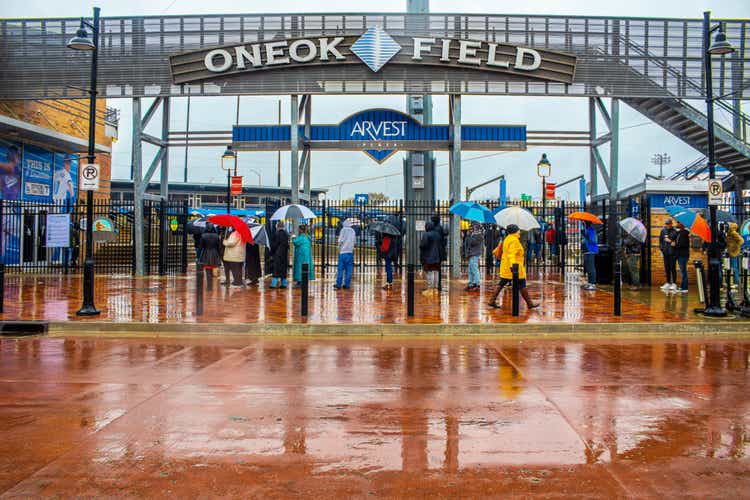 ONEOK, Inc. (NYSE:OKE) (“Oneok”) is an American natural gas company focused on NGL, which are overwhelmingly produced from natural gas. The company is one of the largest players in the space, with a distributed asset portfolio, that stands to benefit from rising volumes. However, the company does also have a reliance on continued growth to justify its valuation.

Oneok saw strong performance across its business with high single-digit volume growth across the business. The company’s Rocky Mountain business has by far the highest margins and saw reasonable growth, and across the company’s business it saw growth in every single market. In July, the company announced that numbers are looking dramatically better.

There’s been a lot of talk about how the Permian Basin’s proximately to export markets makes it the next big NGL market, however, the increased competition has also stressed margins in the region. The Gulf Coast/Permian Basin has less than 25% the margins of the Rocky Mountain region. The company is also expanding potential volumes through new fractionators.

That spare capacity could add a massive $800 million in annual EBITDA, or 25% EBITDA growth, but the company has provided no guidance as to whether or not there exists the demand for the volumes. Given that prices have tapered down, we expect some use of available capacity, but not significant growth beyond that.

However, this does go to highlight that as volumes continue to grow the company can earn high-volume cash flow.

Oneok’s overall financial guidance is respectable, but shows the company needs to focus on growth to justify its valuation.

Oneok is forecasting roughly $1.7 billion in net income, or a P/E of <16. From this the company has several different expenses including $700 million in annual interest from its $14 billion in net debt along with taxes and depreciation / amortization expenses. However, many of those numbers don’t scale with EBITDA.

That means that should the company increase its EBITDA from other sources, it will more directly go to net income. That financial strength will support continued earnings.

Oneok has a consistent history of shareholder rewards that we expect can grow from its current levels.

Oneok has a large history of shareholder returns. The company’s return on invested capital has expanded substantially from 2017. The company has managed to grow EBITDA in a variety of WTI crude oil prices, and now that prices have recovered substantially, we expect the rate of the company’s growth to continue. That continued EBITDA growth will help improve the valuation.

The largest risk to our thesis is two-fold. First, NGL usage is mostly domestic with exports growing but still minimal. That makes Oneok more susceptible to domestic market fluctuations. Second, Oneok needs volumes to continue growing, with minimal capital cost, to justify its valuation. Whether that continues depends on overall market strength.

Oneok has an impressive portfolio of NGL assets with a dividend yield of more than 6%. The company has a low double-digit P/E and its growth has increased substantially over the most recent quarters. The company is already guiding for strong volumes in July that we expect can continue increasing in the upcoming quarters.