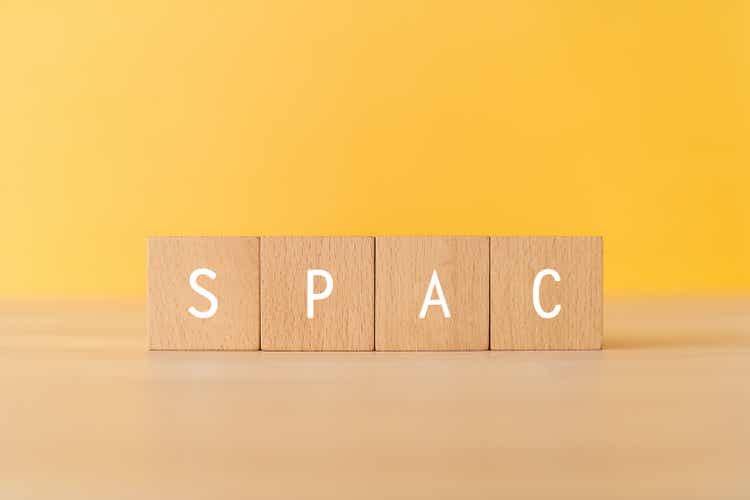 A lot of sectors had companies rush to complete SPAC deals and typically the leading companies went first. In the Lidar sensor space, Cepton (NASDAQ:CPTN) was the last of a group to complete deals, but the company is not necessarily the worst in the sector. My investment thesis is Bullish on the stock trading at only $1.50 after completing the SPAC deal only back in February.

The company has the largest ADAS Lidar series production award to date. The plan is for the series production to start in 2023 with General Motors (GM) Ultra Cruise that combines cameras, radars and Lidar to an integrated ADAS system. Over the next few years, the company will expand the program to over 12+ vehicle models and alliance partners with the deal will be starting with several thousand units shipped this year.

The company hasn’t announced a contract award amount yet, but Lidar sensor competitor Innoviz Technologies (INVZ) announced a major $4+ billion deal with an automotive OEM. The deal sets a rather larger hurdle for the GM contract to top.

The GM Ultra Cruise deal is supposed to involve thousands of Lidar sensors this year leading to scaled production in 2023 and beyond. In total, Innoviz lists over $6.6 billion in backlog and Luminar Technologies (LAZR) was supposed to be the leader in the automotive sector.

The scale of automotive deals and the involvement of Cepton with both GM and Ford (F) provide great coverage for the business targets provided as part of the SPAC deal announced less than a year ago. With the crackdown on SPAC forward projections by mid-2021, the company had a push to not be overly aggressive on projections. Revenue is still set to soar as Smart Infrastructure deals ramp prior to the automotive market that ultimately is forecast to account for 70% of total revenues.

Despite some of the positive news on a major OEM deal with GM, the stock has absolutely collapsed to only $1.50. The SPAC deal just closed in February when the shareholders approved the merger at $10.

As with all of the other Lidar players, Cepton has a very minimal revenue stream right now. For Q1’22, the company only reported revenue of $1.5 million. Revenues were up nearly 240%, but the amount was still near immaterial for a business with a TAM running into the billions.

Cepton had promised material revenues of $250 million by 2024 jumping to $861 million in 2025. Analysts now have those numbers targeted at $177 million to $540 million by 2025. Hitting the updated targets would be very bullish for the stock.

The biggest negative on the stock is the lack of cash on the balance sheet. Cepton ended the March quarter with a cash balance of only $45 million. The company is relying on the Trinity loan facility for another $15 million and a Lincoln Park Capital equity purchase commitment for another $100 million.

Cepton only has a market cap of $200+ million, but the company had EBITDA losses of $11.4 million in Q1’22 with negative operating cash flows of $19.5 million. The Lidar sensor company most definitely will need to raise additional funds in order to finance the business and the stock trading at only $1.50 is problematic for this endeavor.

The most ideal scenario for new investors is to load up on the stock after series production with GM begins and the company has raised additional funds. The stock will be greatly de-risked once these items are checked off the list.

The key investor takeaway is that the current stock price doesn’t reflect the business prospects of Cepton considering the major GM deal and other contracts in the works. The biggest catch is that the company still needs to raise cash to fully fund development until revenues reach material amounts.

The stock isn’t completely de-risked until cash is in hand regardless of the business prospects, and the very low price will lead to substantial share dilution. More deal announcements could leave investors left behind on a big rally, but any investor should keep most of their capital on the sidelines waiting for a better signal and possibly lower stock price.