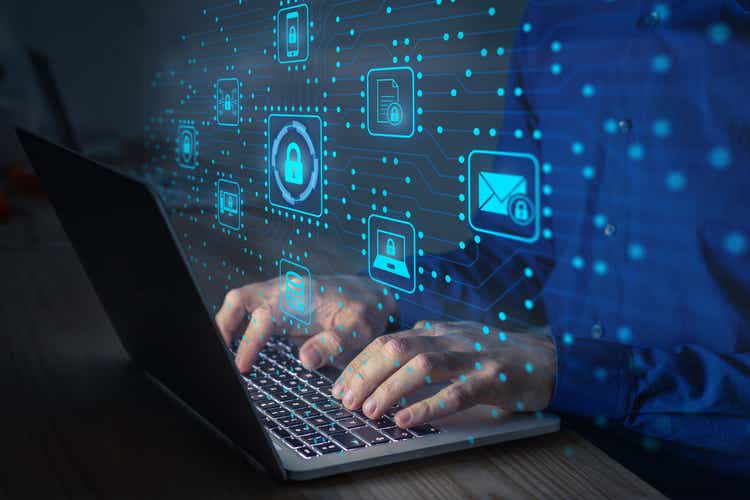 Despite cybersecurity threats growing for years now, CyberArk (NASDAQ:CYBR) hasn’t rallied much since 2019. The company offers solutions to protect privileged identities, which offer one of the best ways for hackers to gain entry into a corporation. My investment thesis remains Bullish on the stock with the shift to a subscription model virtually complete now.

CyberArk has struggled the last couple of years due to a shift to a subscription model from perpetual licenses. The company hadn’t topped a 20% revenue growth rate since back in 2019 until Q2’22.

For the June quarter, CyberArk grew revenues 21% to reach $142 million. Back in 2019, the cybersecurity specialist was just topping quarterly revenues of $100 million.

In just the last year, CyberArk has increased the recurring subscription revenues to $66 million per quarter, up from only $27 million. The perpetual license revenues have dipped from $27 million to only $11 million.

The growth equation has completely flipped with limited revenue hits going forward from shifting the remaining customers from perpetual licenses to subscriptions. The company no longer has headwinds from starting customers on subscriptions at lower starting revenues than an initial license cost.

The guidance is clear in this regard with a 2022 revenue outlook of $589 to $601 million. Analysts were only at $591 million suggesting CyberArk is going to see a huge boost to revenue to end the year.

Amazingly, CyberArk guided to ARR (annualized recurring revenue) of $546 million to end the year, up $81 million from the $465 million level in June. These revenues are forecast to grow at up to 40% rate and recurring revenues account for 85% of the business now. The company signed another 250 logos to further boost the subscription base in the quarters ahead.

In essence, business is booming, but the stock isn’t rallying. CyberArk nearly topped $140 back in 2019 when reported revenue was growing at a clip in excess of 20%. The company has spent the last 3 years growing with a revenue based of $400 million at the time turning into trailing revenues topping $540 million now.

The stock wasn’t all that cheap over these years despite a period with limited revenue growth due to the shift from up front license payments to subscriptions. The company has a target for ARR to reach $1 billion and the current runway is approaching $500 million for a path to still doubling from these levels.

Identity security threats remain a major issue for corporations with the recent security breach at Twilio (TWLO) highlighting the problems. Several individuals were duped into providing credentials to hackers allowing them access to a whole host of internal systems, not necessarily available by breaking into systems from the outside without permissions.

CyberArk reported free cash flow of $6.6 million in the quarter, as the subscription model reduces cash generations in the short term. The company estimates a revenue headwind of $16 million in Q2’22 alone from the shift to subscription revenues since the prior Q2. The profit and cash flow picture would be vastly improved remaining in the perpetual license business, but the long-term financial picture wouldn’t be so appealing as the current recurring revenue stream.

The stock isn’t exactly cheap at EV/S multiple of 7x 2023 revenue targets of $732 million. CyberArk does start garnering a lot more appeal at 6x a hiked 2023 revenue target of $800 million based on the guidance for up to a $10 million quarterly beat in Q4 funneling over to strong revenues next year.

The stock has spent most of the last few years trading at multiples topping 10x forward sales targets while the cybersecurity specialist appears set to generate substantial growth this year with ARR expanding at such a fast clip while now accounting for 85% of revenues. The current 2023 targeted growth rate of 23% appears far too low.

The key investor takeaway is that CyberArk has returned to 20%+ growth rates making the stock appealing here at the same price as years ago. The cybersecurity sector is only going to see demand surge and the stock is likely to rally as the market understands the transition to subscriptions are complete.