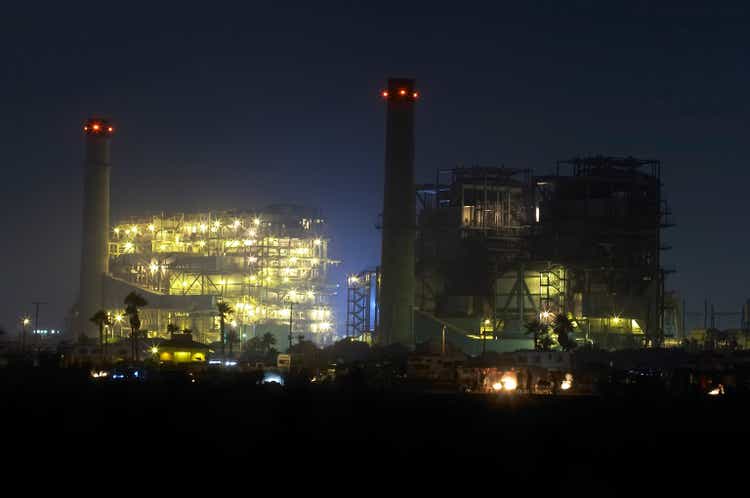 Edison International (NYSE:EIX) was ravaged by wildfires and mudslides in 2017-2018. The claims related to these disasters hit the company hard shortly afterward. As you can see from the following chart, its EPS turned negative from almost $2 a share before those disasters. And its book value took a hit of more than $1 billion, declining from over $12 billion before to about $10.7 billion after.

For the remainder of this year, I am not anticipating new major claims anymore. In its Q2 earnings report, management shared an update on the impact from the 2017/2018 Wildfire/Mudslide events and reported that 89% of best estimate resolved. Furthermore, I am anticipating the company to resume its growth and continue its book value recovery. In particular, I think the Southern California rate base will very likely go up, contributing positively to the parent company’s profits. All told, I am projecting an EPS of $4.70 for 2022 (the upper range of its 2022 guidance), and a total return up to double-digits in the next few years.

And in the remainder of this article, I will detail the impacts of such earning and book value recovery on its financial strength, dividend safety, and total return potential.

The expenses related to claims really stretched the company’s book and its financial strength. As you can see from the following chart below, EIX has been earning about 3.6x of its interest expenses in 2017. As aforementioned, the legal expenses sent its earnings into the negative and its earnings were not even enough to cover its interest expenses during 2019 and part of 2020. Now with the legal claims largely in the rearview mirror, it’s on a path of recovery. Currently, it is earning 1.65 times its interest expense. It is still not as high as it was before the disasters, but it is at a healthy level, and I expect the recovery to continue.

Similarly, in the second chart below, you can see the same picture in terms of its leverage ratio. Its leverage ratio was at a very conservative level of 2.76x before the disasters. Then it surged to 3.85x because of the hit on its book value. After that, the book value has been recovering and the leverage ratio has been stabilizing.

The valuation for EIX has fluctuated in the past decade in a quite wide range. On an annual average basis, its PE was in the single digit around 9.7x during 2012~2013. Then it also doubled to about 18x during 2016 and 2017. Then the disasters hit and reduced its earnings substantially, which in turn led to artificially distorted PEs in the 30+ range. When the outlier data points were excluded, its average PE in the long term is about 15.5x. Currently, its FW PE is about 13.95x, suggesting a small valuation discount.

In terms of dividend yield, the yield for EIX has been more stable and fluctuated in a relatively narrower range. As you can see from the following chart, its fluctuations have been between about 3% and 5% with an average of 4.1% in the past 5 years. Therefore, its current yield of 4.08% is essentially on par with its long-term average.

Overall, my conclusion is that the stock is about fairly valued. Its total return in the next few years will mostly come from its growth, not valuation expansion.

With the impact of the wildfires and mudslides largely in the rear-view mirror, I am anticipating the company to resume its growth and continue its book value recovery. The stock currently pays a 4.08% dividend yield, not only significantly higher than the overall market but also higher than the utility sector average by about 30%. Looking ahead, I expect healthy dividend growth in tandem with EPS growth and also a safe payout ratio. For example, the payout ratio for 2022 is expected to be 59.1%, squarely within its historical normal range.

Finally, risks. As mentioned, one growth catalyst I expect involves the rate base increase for the Southern California areas. Although as with any regulated utility, there is always some uncertainty. And in this case, it is ultimately in the hands of the California Public Utilities Commission (“CPUC”).