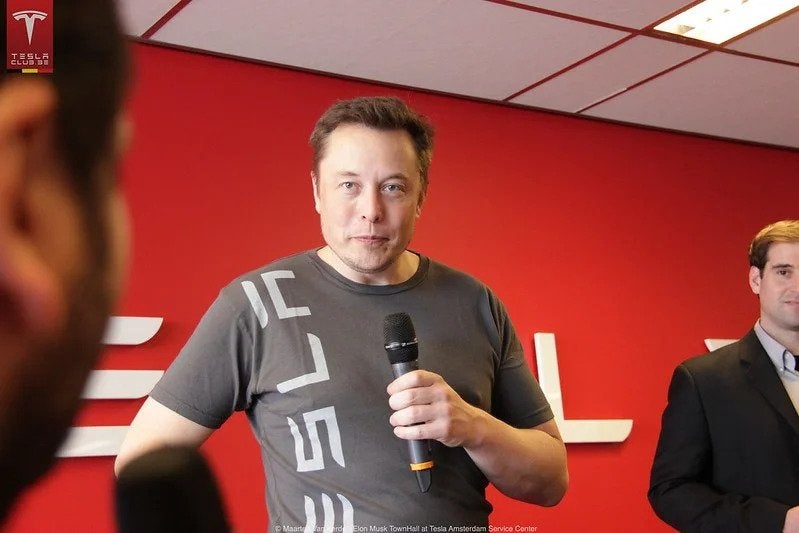 In a recent interview, Tesla Inc TSLA CEO, Elon Musk said about the UAW (the United Auto Workers labor union), “They have so much power over the Whitehouse, they can exclude Tesla from an EV (Electric Vehicle) summit.” The referenced EV summit was held in August of 2021, where President Joe Biden discussed the promising future of Electric Vehicles.

Related: Elon Musk: ‘A Recession Is Inevitable’ – Here Are 3 Investments To Keep You Afloat If He’s Right

Knowing what we know now, the praise feels especially tone-deaf and exclusive, given the recent reports from cars.com citing Tesla as the most American-made manufacturer, who landed more cars in the top ten of ‘American Made Models’ than any other manufacturer.

Musk also said in an interview that “In case that wasn’t enough, then you have President Biden with Mary Barra at a subsequent event, congratulating Mary for having led the EV revolution.” Musk continued “I believe it was in the same quarter that GM delivered 26 Electric Vehicles, and Tesla delivered 300,000.”

Musk confronted some of the perceived slights in a reply to a tweet from President Biden, in January of this year.

Musk is part billionaire, part Twitter troll, but 100% competitive. He understands business, and is looking for respect. Love him or hate him, he and his companies have significantly altered our present and will heavily imprint our future.

“Build back better” is still a moniker that President Biden belives in and is actively attempting to push forward. Seemingly, all EV manufacturers stand to benefit from any future bills, laws, etc., with Tesla, once again, leading the pack.

Read Next: Jeff Bezos Says Inflation ‘Most Hurts The Least Affluent’ Which May Be Why These Assets Are Performing Better Than Ever