Energy Transfer Stock Should Be In Every Retirement Portfolio (NYSE:ET) 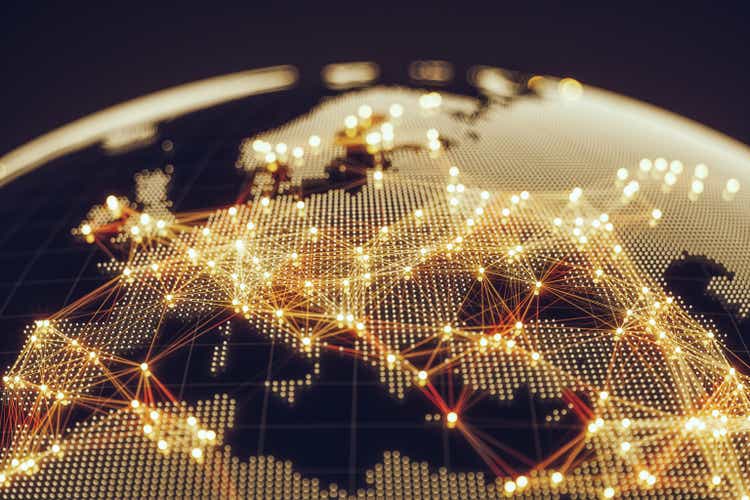 Energy Transfer LP (NYSE:ET) continues to see its share price struggle to generate substantial shareholder returns. The company is currently trading at a $35 billion market capitalization with an enterprise value just under $85 billion. Despite that, as we’ll see throughout this article, the company’s cash flow potential means it should be a part of any portfolio.

Energy Transfer had an incredibly strong 2Q 2022. The company is constructing two new cryogenic processing plants and is conducting open season for the Gulf Run Pipeline project. The company has seen strong volumes across its entire asset chain, supporting the strength of its businesses.

Financially, the company has increased its adjusted EBITDA guidance to a midpoint of $12.7 billion, a several % increase from its previous guidance. The company’s discounted cash flow (“DCF”) annualized is up to roughly $7.6 billion. The company is maintaining a dividend of more than 8%, with $4.8 billion in DCF post distributions.

The company’s growth capital is roughly $500 million / quarter, using up ~40% of that DCF. The company has acquired Woodford Express as a bolt-on acquisition and is continuing to increase volumes and strategic opportunities across the board.

The company has continued to modestly chase capital growth, with a focus on opportunistic growth.

The company is opportunistically making bolt-on acquisitions and has acquired the Woodford Express for almost $500 million. The asset integrated incredibly well with the company’s existing portfolio of assets and has gathered 200 miles of new gathering lines. The acquisition is immediately accretive to DCF, supporting additional cash flow.

The company’s $2 billion capital program is expected to generate 6x EBITDA. That’s roughly $350 million in new EBIDTA or a 2-3% EBITDA increase from the capital spending. That can comfortably be added to the company’s annual package of shareholder rewards. The company’s integrated asset portfolio means that there’s substantial high return opportunity from capital growth.

Financially, the company is incredibly well positioned, although it has room to continue reducing its debt.

The company has $48 billion in long-term debt after the most recent quarter. For this, the company spends just over $2.2 billion in interest, which means a yield of roughly 4.5%. As the company has to increasingly rollover its substantial debt yield, with the FED raising interest rates, we expect this interest expense to go up.

Energy Transfer has the ability to generate substantial shareholder returns, but at the end of the day, it depends on how the company spends its capital.

The company generates $7.6 billion in annualized DCF. From that, it spends $2.8 billion on dividends. That leaves the remaining DCF at $4.8 billion. The company’s DCF yield is at more than 20% and that doesn’t count the additional billions that’re spent on interest expenditures with the company’s almost $50 billion debt load.

The company is also spending $2 billion / year on growth. That’ll add several hundred $ million to adjusted EBITDA each year. That leaves the company with $2.8 billion it can spend how it wants. We’d like to see consistent debt paydown at least towards a debt level of $30 billion to preserve the company’s overall financial position.

The largest risk to Energy Transfer is more esoteric. Unlike ordinary upstream producers whose fields have a 2-3-year decline rate, Energy Transfer builds assets with a multi-decade timeline. That means that if volumes decline in a weak market, the company’s assets and cash flow could lose their value. That substantially hurts its value and future returns.

Energy Transfer has an impressive portfolio of assets. The company built that up with a significant amount of debt, which is still roughly $48 billion. The company has shown minimal interesting in paying down its debt, however, at the same time, the interest is more than manageable for the company. There is a chance that’ll change as interest rates increase.

The company’s 8% dividend alone makes the company a valuable investment in of itself given its potential growth potential. The company is slowly buying back shares and still spending billions on growth in addition. The company also has several additional billion $ it hasn’t guided for. However the money is spent, we expect strong shareholder returns.