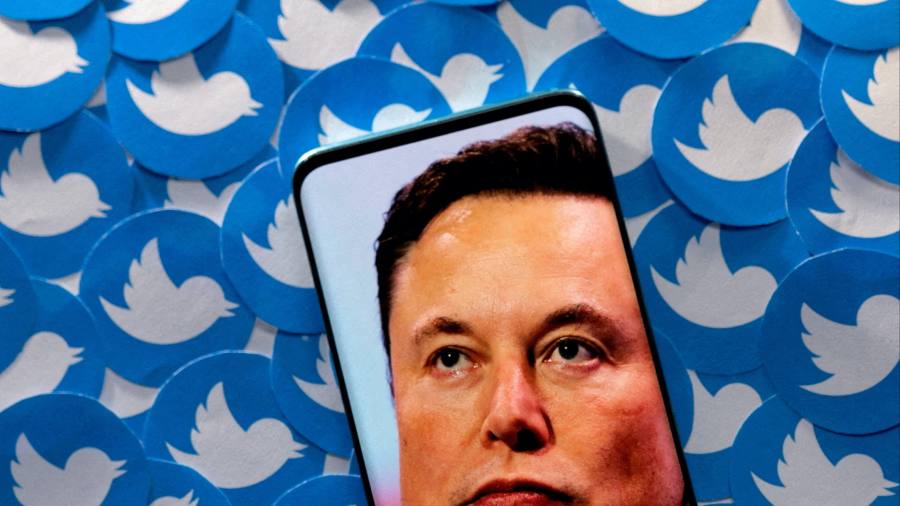 The EU has threatened Elon Musk’s Twitter with a European ban unless the billionaire abides by its strict rules on content moderation, setting up a regulatory battle over the future of the social network.

Thierry Breton, the EU’s commissioner in charge of implementing the bloc’s digital rules, made the threat during a video meeting with Musk on Wednesday, according to people with knowledge of the conversation.

Breton told Musk he must adhere to a checklist of rules, including ditching an “arbitrary” approach to reinstating banned users, pursuing disinformation “aggressively” and agreeing to an “extensive independent audit” of the platform by next year.

Musk was warned that unless he stuck to those rules Twitter risked infringing the EU’s new Digital Services Act, a landmark law that sets the global standard for how Big Tech must police content on the internet. Breton reiterated that the law meant, if in breach, Twitter could face a Europe-wide ban or fines of up to 6 per cent of global turnover.

Twitter’s owner said repeatedly that he thought that the DSA was “very sensible”, according to people briefed on the conversation, adding that he had read the legislation and thought it should be applied everywhere in the world.

However, the EU’s proposed measures appear to be a direct response to the approach that Musk, a self-declared “free speech absolutist”, has taken to moderation, arguing that he would allow all speech on the platform as long as it was legal, although “negative/hate speech” will be “deboosted”.

Musk, who was not immediately available for comment, has previously said Twitter would adhere to all relevant laws.

Among the EU’s demands is that Musk provides clear criteria on which users are at risk of being banned. Musk has reinstated Donald Trump’s account after holding a poll of users on whether the former US president should be allowed to return to the site.

Other controversial accounts including Kanye West, who was banned for antisemitic comments, and Andrew Tate, banned for misogynistic content, have also been invited back on to Twitter. All remain banned from rival platforms Facebook and Instagram.

Senior EU officials have expressed concern over whether Twitter has enough staff to comply with the new rules after Musk fired more than half of its 7,500 workforce this month.

Breton also called on Musk to also apply strict rules when it comes to advertising, including a ban on targeting children or users based on sensitive information, including religious and political beliefs. These measures are in line with the EU’s new digital rules that will be applied from the start of next year.

The EU also wants Twitter to commit to an audit by the summer of next year, when the company must hand over information, such as the number of active users and banned accounts.

The day after the $44bn acquisition was completed, Musk said he would appoint an “independent moderation council” that would be consulted before any banned accounts would be reinstated.

But last week, in a response to a tweet citing this comment, Musk said: “A large coalition of political/social activist groups agreed not to try to kill Twitter by starving us of advertising revenue if I agreed to this condition. They broke the deal.”

Twitter has also recently scrapped its policies on Covid misinformation and is no longer taking action against content that previously violated rules.