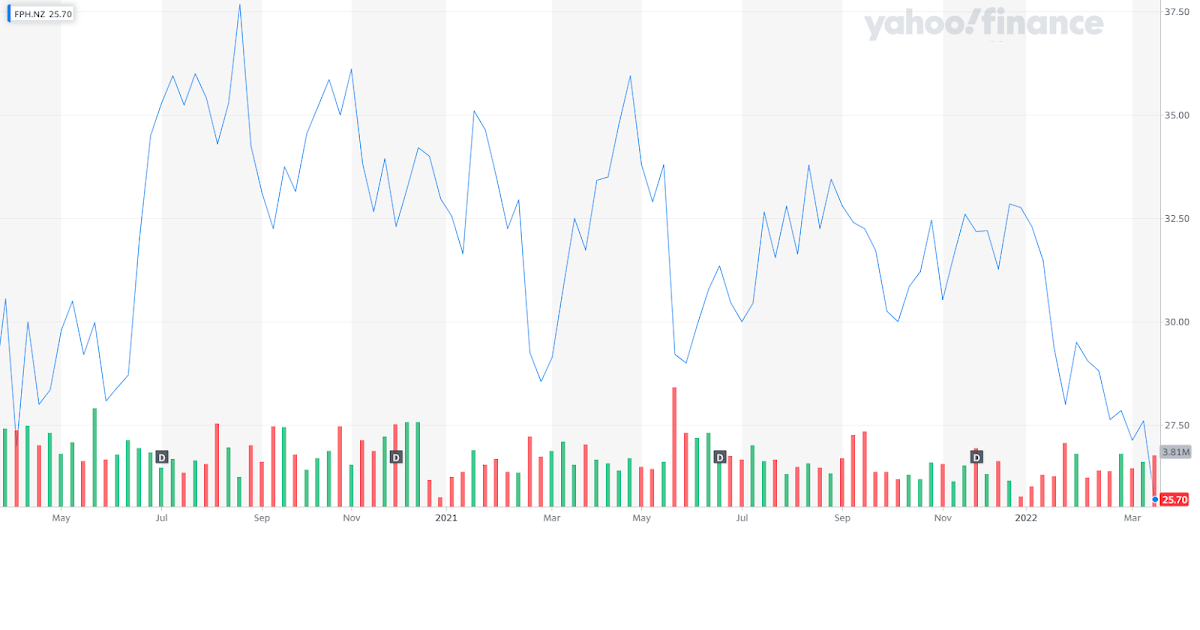 Fisher and Paykel just finished trading at $25.70 yesterday. Far off its high of $36.55c plus dividends but this isn’t the same company it was back 2 years ago.

Now when yesterday “news” came out (common knowledge) that things were going to slow down to $1.675 billion and $1.70b in the current financial year to March 31. You can see that the market looks like it is getting ahead of itself. $36 million odd traded on the NZX and $33 million on the ASX.

It doesn’t take a genius to work out the figures and the notion that things have changed in that short year for the company. It’s just so much bigger. The figures reflect that.

Of course what makes share investing special is that as soon as news comes out that’s “detrimental” to the company, shares usually go off in a tangent – much like they did yesterday.

How much more downside there is I do not know. It could recover somewhat today or continue to drop. My bet is that it will continue to drop until the also rans are shaken out – the fly by nighters, we don’t need them!!