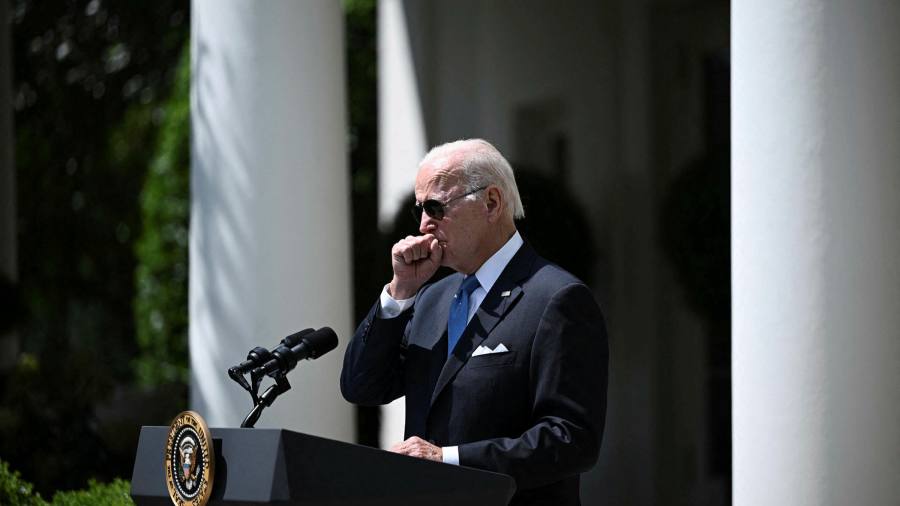 Joe Biden has tested positive again for Covid-19, three days after announcing he was negative and resuming his in-person White House activities.

The US president’s doctor, Kevin O’Connor, said Biden’s case was an example of “rebound” positivity, which sometimes occurs in patients who have taken Pfizer’s Covid-19 antiviral drug.

“The president has experienced no re-emergence of symptoms and continues to feel quite well,” O’Connor said.

The doctor said he saw no reason “to reinitiate treatment” for Biden but that he would be closely monitored. The 79-year-old would observe “strict isolation procedures”.

The president had been due to travel home to Wilmington, Delaware over the weekend. Earlier on Saturday, the White House announced the president would go to Hemlock, Michigan on Tuesday, to give a speech on the impact of the $280bn Chips and Science Act, which was passed by Congress on Thursday and is aimed at revitalising the US semiconductor business. Both trips have been cancelled.

Biden was prescribed Paxlovid, which has been recommended for Covid patients in the US who are experiencing mild to moderate symptoms and are at high risk of developing severe disease.

While the drug has been hailed for preventing some of Covid-19’s worst effects in older patients or patients with pre-existing conditions, some have reported “rebound” Covid cases two to eight days after testing negative.

Biden, for instance, tested negative for the virus on Tuesday, Wednesday, Thursday and Friday mornings before his rebound positive case on Saturday morning, O’Connor said.

While most patients report that their rebound cases have come with milder symptoms, others, including Anthony Fauci, Biden’s chief medical adviser, say they were actually sicker during the rebound.

During his first round of Paxlovid, Fauci said he felt “really quite well”, other than some fatigue and congestion, but proceed to test positive again three days after initially testing negative. At that point he began to feel “really poorly” and “much worse” than he had during his first bout, the doctor recalled at the Foreign Policy Global Health Forum in June.