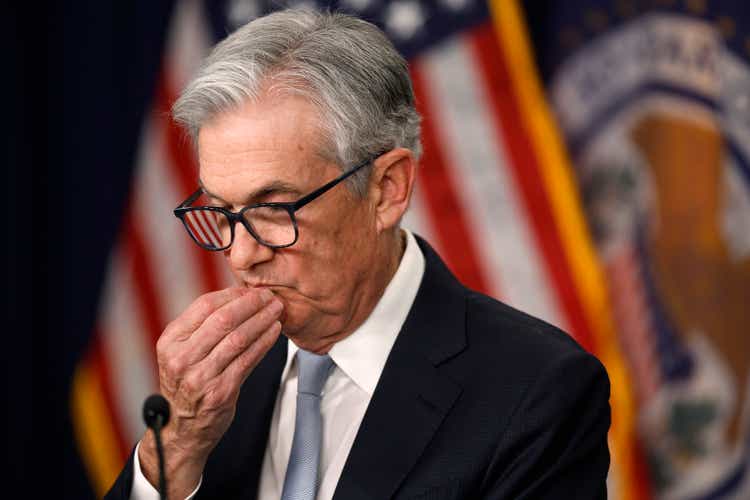 The Medical Properties Trust (NYSE:MPW) stock has recorded an impressive 29.38% rally over the past eight weeks, since its rock-bottom levels in early October. The recovery is also significantly aided by management’s raised FY2022 guidance and the upbeat October CPI reports, which lifted the S&P 500 Index by 14.06% at the same time. With 81.8% of analysts now projecting a 50 basis point hike, we expect the tsunami of confidence to further lift the whole market, as witnessed by the Bank of Canada’s recent moderation in late October.

Only time will tell how things unfold over the next two weeks. If analysts are right, it will bring about the best Christmas present indeed, since the forward-looking stock market may start recovering sustainably from these bloodbath levels. Thereby, triggering the start of a bull run.

MPW Delivered Brilliantly – Putting Down Most Bears, If Not All

Despite the negative Steward speculation, MPW went on to report an exemplary FQ3’22 earnings call, while delivering reassuring news about the former’s execution. The company delivered sustained EBIT margins of 65%, notably attributed to its effective cost-cutting strategies, which deftly reduced its operating expenses by -11.68% QoQ and -1.08% YoY, despite the raging inflationary pressures. Furthermore, it also reduced its interest expenses by -6.42% YoY and depreciation & amortization expenses by -4.29% YoY.

Furthermore, with a successful disposition strategy, MPW managed to aggressively reduce its debts by -6.51% QoQ and -10.49% YoY. Impressive indeed, since its balance sheet remains robust at $0.3B in FQ3’22, with little debt maturing in the short term, as discussed in our previous analysis and the company’s recent call. Furthermore, its immediate liquidity is robust, with the availability of a $1.5B revolving facility and another $657M from the upcoming transaction in Yale and Springstone by early 2023.

Furthermore, MPW’s top and bottom line growth remained intact since our previous analysis in October 2022, indicating Mr. Market’s growing optimism that management will continue executing steadily. Furthermore, the company is expected to hold its debt levels relatively stable over the next two years, potentially indicating the increased availability of market capital for asset expansion as the inflation rate and, consequently, the interest rate falls. We’ll see, since things are still quite volatile for now.

However it goes, we are confident that MPW will maintain its dividend payouts and growth as it has done for the past consecutive sixteen and nine years, respectively. There is no question about it, due to the company’s robust AFFO generation and stellar execution thus far. In the meantime, we encourage you to read our previous article, which would help you better understand its position and market opportunities.

Perhaps there is still some Steward overhang in MPW’s valuation, due to the worsening macroeconomics. Nonetheless, management has also deftly outlined its tenant’s improved operating performance, with FY2022 potentially delivering EBITDA of up to $80M and FY2023 with more than $350M. Therefore, though MPW has had to extend a 5Y unsecured loan of $150M in FQ2’22, we expect the tenant to fully honor its rent obligation with minimal interruptions. The company also continued to report an excellent 99% of contractual rent collection by FQ3’22, with the rare exception of a $24M rent deferment due to the slower reimbursements from Supplemental Medicaid. However, MPW investors need not fret, since repayment plans have also been worked out through 2023. As a result, creating an exceptional opportunity for those looking to load up on MPW, due to the notable valuation discount.

Therefore, we still rate MPW stock as a Buy, naturally only for those with higher risk tolerance. This is because the Fed may not pivot as early as expected, depending on the November CPI reports against the Thanksgiving and Black Friday festivities. If the decline of the inflation rate is not satisfactory, we may see another bottom retest indeed, since the Fed may launch its fifth consecutive 75 basis points hike by December. Furthermore, terminal rates may be raised to over 6%, indicating a prolonged period of elevated interest rates. Thereby, triggering more volatility in the short term.