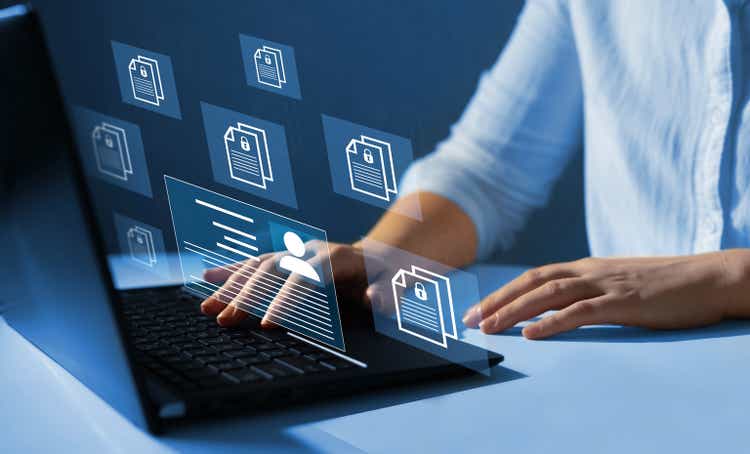 One of the most exciting technology strategies is built around high growth. A company develops a premium product and a premium business model, then has to support it, often for years, before it achieves profitability.

Today we look at a best-in-class database product, and the company named after it, MongoDB (NASDAQ:MDB). This software is the centerpiece of a $24 billion growth stock, and last month released version 6.0.0 of the software to much fanfare and early praise.

A NoSQL-styled database product, MongoDB is known for its solid performance, security, reliability, and its support. There are “free,” open-sourced versions, and commercial versions with more features.

The MongoDB model is to sell a premium commercial version, and more importantly to offer top-quality paid support for the system. The company’s view is that the product with all offerings really is that good, and those companies that can will want that option. And they have, to the tune of 33,000 customers per the most recent 10-K.

MongoDB’s goal is to market themselves as best-in-class. They’ve been very successful at that approach, This product has driven them to ultra-growth for years.

As you can see, the revenue has continued to rise by a strong clip, while retaining a nice margin.

That’s the story we like to see for a growth company, and the goal, as ever, is to grow to the point that the company becomes big and profitable. They’re not there yet, but they’re drawing closer. Analyst estimates see profitability coming in 2024, potentially even before that.

With that kind of growth, and profitability on the horizon, it’s no surprise that MongoDB commands a big premium. That can be justified, if the growth eventually brings the company to juicy profitability.

To play MongoDB as a buy and hold growth stock, we want to avoid any nasty surprises. The easiest way to do that would be a keep an eye on the cash on hand, as burning through that really ruined some great growth stories.

As of the latest 10-Q, MongoDB had $456 million in cash on hand. That’s a decent start when one considers this.

In recent years, MongoDB has done a fine job at using financing to keep the cash position strong, and frankly the burn is mostly attributable to the investing.

As far as operations go, MongoDB appears to have enough cash on hand to cover forward operations for years, and since the 2022 operations were cash positive (albeit narrowly), that and the expectation of growth into profitability should mean the company will be generating cash, not burning through it.

Even early profitability is going to mean huge P/E multiples at first, as the company grows into its market capitalization. We are talking a $588 million tangible book value on a $25 billion stock. That’s a serious premium, but one which may well be justified if things keep going right.

MongoDB is doing quite well, so continuing the execute as they have is what we want to see. In that regard, signs are strong, as the recent release of version 6.0.0 has been a strong one. We will want to see things continuing to go well next quarter, and anecdotal evidence I’ve heard from end-users are that they are very happy with 6.0.0, and glad to move forward with the newest iteration of the software.

Sure signs of trouble

A strong market favors the status quo. By contrast, if the software market softens, we may see companies trying to go with cheaper alternatives, or even trying to make do with the free version.

If we’re going to touch growth of these levels, we need to watch things very closely, and be ready to back away from the investment if the market turns unfavorable.

Adding strong software and services to the portfolio is a nice option, and in that regard MongoDB looks like a favorable choice. The adoption of the new 6.0.0 is a potential catalyst, showing that the company can continue to execute as it has been and surge into profitability.

Whether it fits in your portfolio is a personal choice, and at these levels it may not be something to rapidly accumulate. It is still worth keeping an eye on, however, and offers metrics and an investment strategy that aren’t easy to come by these days.