Now is not the time to abandon climate transparency 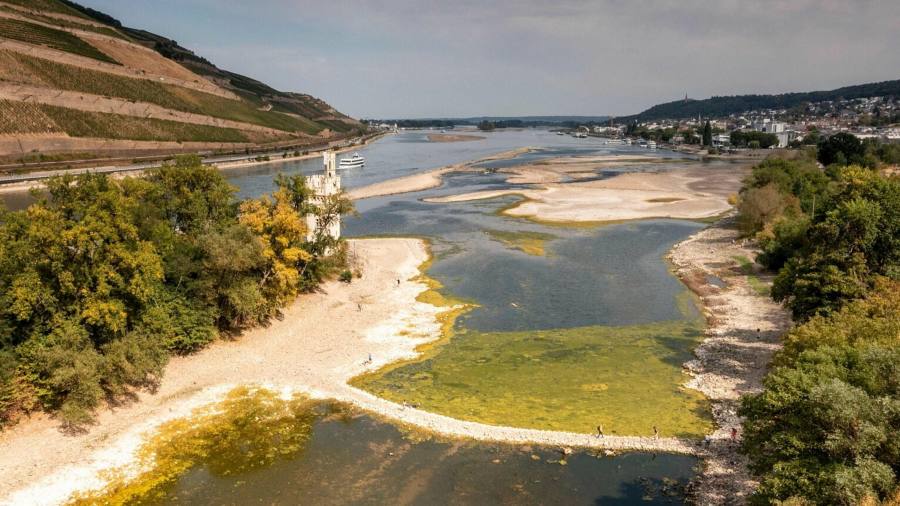 Drying rivers, burning forests, record temperatures — this summer has offered multiple reminders of the sheer scale of the planetary climate crisis. People are suffering and calling for action.

Unfortunately, most governments around the world have been trying to deal with this global warming catastrophe with short-term measures. But treating the symptoms is not enough. The long-term approach needs to change as this crisis will intensify.

This is not an unexpected emergency. As early as 1972, the first report of the Club of Rome showed that economic growth, according to the current model, would lead to a sharp drop in the global population by 2100 due to pollution, scarcity of energy resources and the impoverishment of arable lands. A warning which came 50 years ago! The trends predicted back then are now making their impact felt.

For more than 30 years, the annual reports of the Intergovernmental Panel on Climate Change have alerted us to the acceleration of global warming and the dramatic ecological, social and economic threats it poses, including the destruction of biodiversity and the degradation of the oceans. The risk of warming is exponential. However, we can still act to mitigate and adapt.

The Paris Agreement of 2015 and subsequent UN climate conferences led states to make strong commitments. But are a warning system and political commitment enough?

Obviously not — because we are failing to measure the effectiveness of public policies in this area, which limits their impact and improvement. We must act more efficiently.

The response to global warming poses a challenge to governments of unprecedented scale and difficulty, as well as to the global economy. Mark Carney, former governor of the Bank of England, has called it the “tragedy of horizon”. In other words, how to reconcile ecological, economic, social and political time horizons, which differ greatly?

There are many questions to answer. How can we build a bridge between the short-term interests of finance and the long-term interests of the environment? How and at what pace can we transfer an energy model which built the wealth of developed countries, without reducing the quality and standard of living?

How to manage this transformation without the highest price being paid by the poorest, when access to energy (for transport, housing, heating, travel) will be more expensive? How to anticipate the challenge of skills and mobility when hundreds of millions of jobs will change either their nature or location? How to “upskill” and reskill oil or coal workers to become maintenance technicians in nuclear or renewable energies?

In May 2021, following a proposal from the French government, the OECD established a programme to measure and benchmark the effectiveness of public policies in the fight against global warming. The International Climate Action Programme (IPAC) is designed to support the efforts of countries to achieve the goals of the Paris Agreement. Drawing on a “wealth of international climate-related data”, the IPAC assesses national and international policies aimed at achieving net zero greenhouse gas emissions by 2050, providing recommendations and sharing best practices.

As France’s permanent representative to the OECD, I had the chance to support and negotiate this project with the 37 other member states. We insisted that economic and social indicators be integrated into the IPAC, as the interaction between the different factors will determine whether the policies carried out succeed or fail.

The IPAC’s principal objective is to publish a first global report in 2023, based on an annual scoreboard with a small number of structural indicators to assess climate action and issue recommendations that will feed into public debate and inform the decisions of key performers.

The current energy crisis makes the implementation of this robust measurement system even more critical. In the short term, many countries are lowering their ambitions to reduce fossil fuel usage in order to protect their populations and industries.

This debate is particularly acute within the OECD, where some countries argue that the transparency provided by the IPAC is no longer appropriate, at least in the short term.

I disagree. Establishing a solid base to manage this current difficult phase as effectively as possible, and in order to accelerate the longer term fight against global warming, is essential. We will not make progress unless we are able to measure the effectiveness of the policies we adopt — now and in the future.