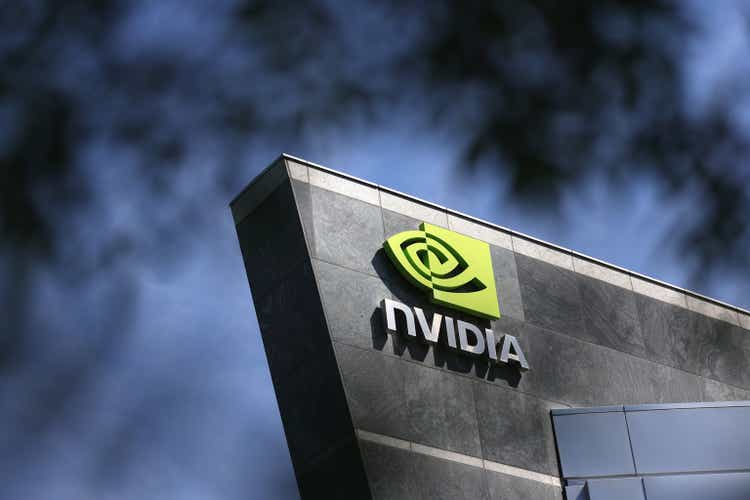 On August 8th, NVIDIA Corporation (NASDAQ:NVDA) announced preliminary results for Q2 2022 and the company disappointed against both management’s previous guidance and analyst consensus estimates. In other words, Nvidia’s press release was a profit warning. How should investors think about this? Should the information be ignored, appreciated as a buying opportunity or accepted as a warning signal? I tend towards the latter. In my opinion, Nvidia stock is overhyped and overvalued – trading at almost x10 sales. And as long as the company is stumbling, like the Q2 results indicate, I would not pay this enormous valuation premium.

Nvidia’s preliminary results were quite bad. As compared to the company’s previous outlook of $8.10 billion, Nvidia now announced revenues of $6.70 billion. Notably, this represents a 19% decline quarter-over-quarter. While Nvidia did not provide income numbers, the company announced GAAP gross margin of 43.7%, versus 65.1% guided. GAAP operating expenses remained roughly in line with guidance at $2.46 billion. Nvidia’s miss was largely driven by a strong weakness in the company’s gaming exposure, which accounts for about 30% of total revenues. For Q2 2022, Gaming revenue was $2.04 billion, which is a 44% quarter-over-quarter decrease.

However, also the other segments disappointed, including Data Center, which is more than 50% of revenues. Jensen Huang, founder and CEO of NVIDIA commented:

Data Center revenue, though a record, was somewhat short of the company’s expectations, as it was impacted by supply chain disruptions.

Investors should also note that the company highlighted $1.32 billion of charges, which were associated to inventory adjustments and related reserves as the company needed to revise expectations of future demand.

Our gaming product sell-through projections declined significantly as the quarter progressed. As we expect the macroeconomic conditions affecting sell-through to continue, we took actions with our Gaming partners to adjust channel prices and inventory.

Given these results, investors are craving for more insights: How is Q3 2022; what is the guidance for 2023; is Nvidia planning lay-offs like other tech companies? But unfortunately, management has not scheduled any analyst call before August 24.

Reflecting on Nvidia’s Q2 results, I believe valuation will become more and more a concern to investors. Notably, Nvidia trades at a one-year forward P/E of x46, which is a 100% premium to the sector. The respective EV/EBITDA multiple is x34, versus x13 for the sector (170% premium). Please note that I am not cherry-picking here. Below is a comparative table of various multiples, which all indicate a considerable, approximately 100%, overvaluation.

In the recent past, let’s say during the bubble, many investors have argued that Nvidia’s enormous valuation and industry premium is justified, given the company’s exposure to secular growth trends such as gaming, AI, the metaverse.

Investors arguably made the mistake to forget that semiconductor companies remain highly cyclical. And now, as the market is pressured by inflation, rising interest rates, low consumer confidence and international trade tensions, to name just a few, Nvidia’s business starts to feel the downturn. That said, if investors support my thesis that semi companies, including Nvidia, are cyclical, they likely also accept that more pain (recession) is yet to come.

Nvidia is no doubt a great company. And I love a strong management that is led by a visionary founder-CEO such as Jensen Huang, who sustains the view that:

NVIDIA has excellent products and position driving large and growing markets. As we navigate these challenges, we remain focused on the once-in-a-generation opportunity to reinvent computing for the era of AI

However, Nvidia’s valuation is way too expensive to allow for a margin of safety. Moreover, the semiconductor business is vulnerable to a global economic slowdown, which I believe many investors still have not priced sufficiently, as some market participants sustain the view that companies such as Nvidia are driven by secular, not cyclical growth levers. But I disagree. Following the Q2 profit warning, Nvidia shares lost as much as 10%. This is a game-changing warning signal. And, accordingly, I advise to stay on the sidelines.