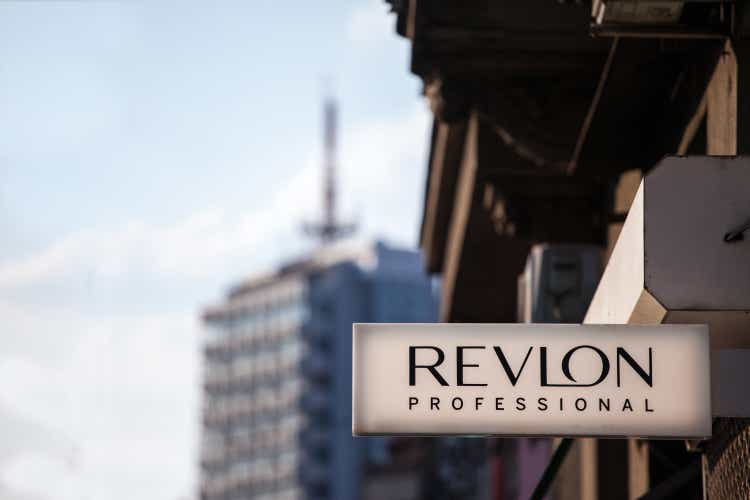 The following segment was excerpted from this fund letter.

MIM has already communicated regarding the Revlon bankruptcy filing on June 15th. See this link if you missed it, as MIM’s opinion here is unchanged.

Revlon has since traded up from the pre-bankruptcy filing low of $1.08 on 13 June to above $9.00 on a couple of occasions, on 22 June and again on 1 August, and during those two trading sessions, MIM sold a good portion of its position at just over $9.00/share, given Chris’ reduced estimate of fair value is $10 (down from the mid-20s).

If the bankruptcy process results in an auction of the assets the realisation could be far in excess of $10 per share by simply applying the range of current market multiples. But, bankruptcy introduces significant costs, uncertainties, and risks that could confound fairness, so reducing the weighting into these periodic price spikes makes sense.

MIM continues to think there are plenty of buyers for these assets who could easily pay the 2x sales and 14x EBITDA needed (by Chris’ math) for the equity to recover about $10 per share in value. 15x EBITDA would be nearly $16 per share. 16x would be $22. And there are some new unexpected potential buyers, too.

For example, on a July 27 earnings conference call, luxury fashion giant Kering SA (OTCPK:PPRUF), said they were considering entering the beauty business directly for the first time. They currently operate under a license model, with Coty Inc. (COTY) handling Gucci, Alexander McQueen and Bottega Veneta; and L’Oréal holding the rights for Saint Laurent, and Interparfums in charge of Boucheron.

Given that Kering focuses exclusively on prestige brands, they would likely only be interested in the Elizabeth Arden business that Revlon owns. But, they could pay a lot for it and it would still be highly accretive for Kering given the sizable cost and revenue synergies that one could easily imagine there.

Anyway, if MIM’s base case is realised, and done as asset sales (not a buy-out of the common stock which would likely destroy tax assets), it would leave REV with about $500M in cash (around $10 per share), and over $1B in NOLs. Ironically, Revlon started out in just that way, a formerly bankruptcy public holding company, Pantry Pride (was a supermarket chain), with cash and a huge NOL, that Perelman got control of and used to buy Revlon in 1985.

If there is an argument to be made against Revlon’s existing equity retaining value, MIM thinks it has to start with how 2x sales and 14x EBITDA is somehow an unreasonable expectation for these assets. Given that such a valuation would be immensely accretive to almost any strategic buyer imaginable, particularly post-synergies, MIM thinks it’s a reasonable expectation.

This is a once-in-a-generation opportunity for any buyer to make a significant leap in market share, distribution, and on-shore manufacturing capacity, so there is strategic value here beyond the normal capitalisation of cash flows.

Chris owned Maybelline in 1994-1995 around $17 when it was down (from $40+) and out of favour, just before L’Oreal bought them at $44 (2x sales, 14.7x EBITDA) in early 1996 and made them the #1 mass market brand. Chris thinks Estee Lauder has a similar play to make here with Revlon if they are opportunistic enough to see it that way, and thus nearly doubling their total addressable market (the mass market being almost as big as prestige).