SoFi Stock: Do I Think Shares Of The Fintech Company Will Make Me Rich? (NASDAQ:SOFI) 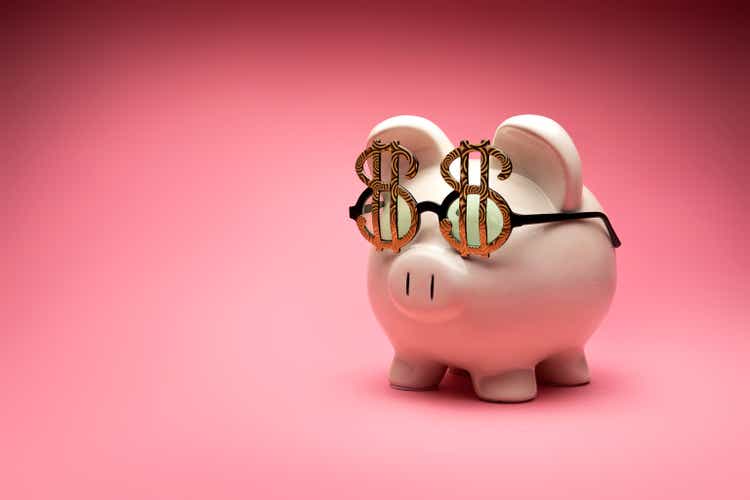 I bought SoFi (NASDAQ:SOFI) to make money, didn’t we all? Hence, its fall on the back of a great retrenchment of market appetite for ‘riskier’ assets in periphery sectors like fintech has not been great. This is especially as the company has continued to meet financial guidance with underlying demand for its financial solutions as strong as ever. SoFi offers a range of financial products to its now over four million customers including checking accounts, personal loans, insurance, and auto loan refinancing. The company has aggressively expanded into new verticals after student loan refinancing, previously its magnum opus and the reason for its founding became disrupted by what now looks to be a nearly 3-year long extension to the student loan repayment moratorium.

This market is effectively paralysed and is being used for political football. Hence, I was surprised when SoFi reported its fiscal 2022 earnings and its stock price reacted by soaring 28% for one of the highest intraday moves in the company’s history. The same market had only just a few weeks ago driven shares to new all-time lows. This was odd as SoFi had successfully applied for a national bank charter, introduced new products to diversify its revenue stream, and doubled down on underwriting high-quality credit.

However, with Japanese multinational conglomerate SoftBank (OTCPK:SFTBY) moving to sell some or all of its 9% stake in SoFi, the shares have retraced slightly from their newfound 3-month peak. Investors would be best placed to not focus on short-term gyrations in the stock price but on the longer-term implications of SoFi’s healthy revenue growth and improving profitability. SoftBank’s move to sell off its stake is part of a broader move by the company to shore up its balance sheet after posting a loss of around 2.93 trillion Japanese yen ($21.68 billion) on its Vision Fund investment unit.

SoFi’s bulls were right in that the bank charter has led to a multi-faced enhancement of fundamentals. The company recently released earnings for its fiscal 2022 second quarter saw revenue come in at $356.09 million, a 50% increase from its year-ago quarter and an $11.62 million beat on consensus estimates. This came on the back of membership growing to 4.3 million as SoFi added 450,000 new members during the quarter. This was for year-over-year growth of around 69% as new product adds, the total number of lending and financial services products selected by members, grew by 79% to reach 6.56 million.

Adjusted EBITDA for the period was positive at $20 million, up from $11 million in the year-ago quarter and by 122% sequentially. As this was versus guidance of $5 million to $15 million, it represented a $5 million beat at the high end. This meant SoFi increased its fiscal 2022 revenue guidance to be between $1.508 billion and $1.513 billion, $3 million above prior guidance. Adjusted EBITDA was also adjusted upwards to be between $104 million and $109 million, $4 million above prior guidance.

Closing the chapter on the student loan repayment moratorium continues to represent a strong catalyst for SoFi. It would revive momentum in a division that was SoFi’s largest with around $2 billion of originations in the first quarter of 2020. New users would also be driven to the platform, accelerating SoFi’s flywheel and boosting underlying profitability. Banking, which saw deposit growth of $1.56 billion or around $120 million per week, would also be boosted. Fundamentally, SoFi’s national banking charter coup and the coming end of the moratorium sets the background for adjusted EBITDA to continue to rise as the company’s cost of financing falls. Indeed, the company replaced $1.2 billion of higher-cost warehouse debt during the quarter.

SoFi Likely Has A Bright Alpha Generating Future Ahead

The SPAC boom that brought SoFi public is all but dead, shares of growth stocks have collapsed, and the economic outlook is dejected. It would be easy for one to sell their shares and move on but I’m optimistic that the company has in place the mechanisms for continued revenue growth and future profitability.

The student loan moratorium saga will have to be settled eventually and stands to represent a huge boom to revenue when it does. I continue to be long shares of SoFi and will continue to accumulate shares below $10.