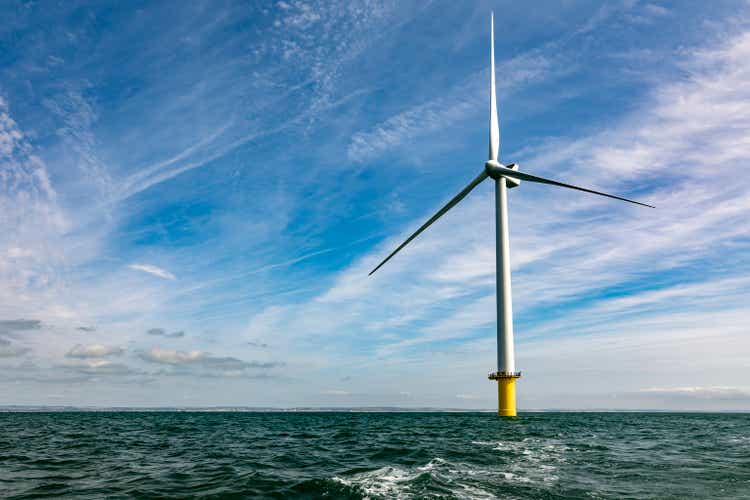 The following segment was excerpted from this fund letter.

In Q2, we sold our position in Subsea 7. We purchased SUBCY in 2019 based on the company’s expansion into offshore wind farms. The 34 vessels SUBCY owned traded below replacement cost. A healthy balance sheet with net cash and $5.1B in backlog provided visibility into future revenues.

Acknowledging the company has gone through one of the most challenging operating environments one could imagine, our confidence in the company’s ability to generate a meaningful return on assets has declined. Management continues to suggest 2024-2025 will see margins normalize. Even if we assume the company returns to its highest margin profile of 15%, it still generates a low teens ROA. The company expects its renewables business to have long-term EBITDA margins of ~10% and an ROIC of 9-14%. At the midpoint, 11.5% ROIC isn’t poor.

However, given industry dynamics, consistently achieving this return profile is unrealistic.

EBITDA is applicable for specific business models and capital structures. SUBCY is not a company where EBITDA makes sense due to the ongoing CAPEX needs. In 2022, SUBCY will spend $440m in CAPEX on a PP&E base of ~$7B. D&A has been more than $400m annually over the last five years. These vessels are capital intensive and require ongoing maintenance. Management’s continued use of Adjusted EBITDA as a performance measure does not instill confidence.

Our biggest concern is Management’s capital allocation decisions. Since 2010, SUBCY has taken $2.4B in goodwill impairment charges representing more than the current $2.3B market cap. Current CEO John Evan was appointed in January 2020 and thus did not make the final decision; however, he was COO since 2005 and played a critical role in these acquisitions. The capital allocation decisions concern us and indicate the competitive and sometimes uneconomical industry landscape.

Continuing this trend, in April 2018, Subsea 7 announced a $2B bid for McDermott. Two weeks later, the company withdrew its offer, and In January 2020, McDermott filed for Chapter 11 Bankruptcy. On the one hand, Subsea withdrew their offer quickly, showing some restraint. On the other hand, it’s another acquisition that could have led to significant problems.

In June 2022, SUBCY announced additional provisions on a wind farm installation project due to cost overruns. What’s surprising is that they are maintaining full-year Adjusted EBITDA guidance. Other business segments may be doing better, or they consider this expense non-recurring and will adjust it. Either way, this result confirms our thoughts above. Note that this event occurred after we exited the position and was not a factor in our decision to sell.

To sum up our thoughts. SUBCY operates in a challenging industry. The management team has made questionable decisions in the past, and operationally, the underlying economics of vessels must improve to generate decent returns. While the current stock price appears attractive, it’s likely an asset that should trade below its replacement value due to average at best economic returns. The current environment allows us to exit a business that competes in a difficult industry, operated by a management team that keeps us up at night and purchase attractively priced and better-managed businesses.