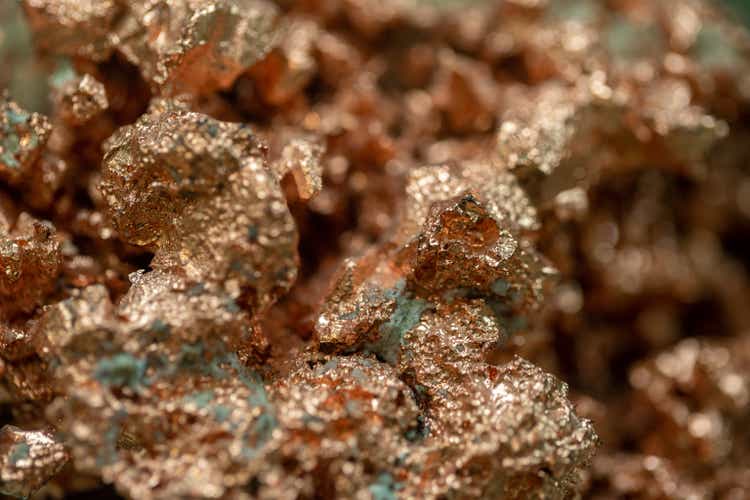 Taseko Mines (NYSE:TGB) had a tough quarter due to lower than expected copper grades at Gibraltar. This resulted in its copper production being around 20% lower than planned. Production picked up significantly in July (up around 35% from Q2 2022 levels) and the combination of improved grades and soft ore should allow production to be strong during the remainder of the year.

Copper prices have also fallen by over US$0.50 since I looked at Taseko a few months ago. At current copper prices, it may need to utilize its credit facility to help pay for Florence Copper while maintaining sufficient working capital. If copper averages closer to US$4.25 until the end of 2023, then it should be able to pay for Florence Copper without utilizing its credit facility.

Taseko attributed this to unexpected ore gaps and small ore zones in the upper benches of the Gibraltar Pit. This resulted in the copper grade ending up at 0.17% compared to the expected 0.21% grade for the quarter.

Taseko is making its way deeper into the Gibraltar Pit, so this isn’t an issue anymore. It produced a much better 9.5 million pounds (100% basis) of copper in July and expects strong production over the second half of 2022 as copper grades improve and mill throughput is aided by softer ore. Taseko noted that mill throughput averaged 95,000 tons per day in July, compared to design capacity of 85,000 tons per day.

Taseko has maintained its guidance for 109.25 million pounds to 120.75 million pounds (100% basis) of copper production during 2022, but now expects to end up around the low end of its guidance. To get to the low end, it needs to average 90,000+ tons per day of mill throughput along with copper grades around reserve average of 0.25% and copper recoveries in the mid-80s. This appears theoretically doable, although there is not much room for slippage.

The never ending wait for Florence Copper’s draft underground injection control permit continues, but I believe the issuance of that permit is relatively imminent. Taseko indicated that the EPA is now pushing the dates back by a week at a time, which is a shorter period than before. The EPA could certainly continue to revise its timelines, but now that the dates are being pushed back a week at a time, I’d expect the draft UIC permit to be issued in August or September.

At around US$3.75 copper (near current prices), Taseko is projected to generate around USD$75 million in positive cash flow (before Florence Copper capex) by the end of 2023. This includes US$12 million in hedging proceeds that it realized in July 2022.

Taseko may have around US$190 million in remaining spending for Florence Copper, so in this US$3.75 scenario it could theoretically pay for Florence Copper with cash on hand, although it may utilize its currently undrawn US$50 million credit facility to make sure it maintains sufficient operational working capital.

At lower copper prices (such as US$3.25 copper), Taseko is more likely to need a small amount of financing (in addition to its credit facility) to pay for Florence Copper.

At US$4.25 copper, Taseko should be able to pay for Florence Copper without drawing on its credit facility.

Copper production at Gibraltar was quite weak in Q2 2022, underperforming plan by around 20%. However, production picked up in July and should be strong during the remainder of the year.