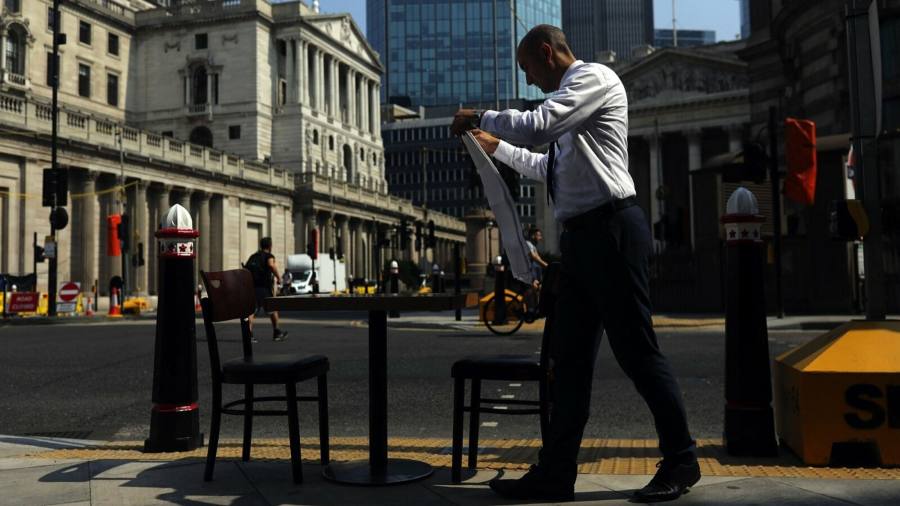 UK hospitality businesses have lost nearly 200,000 international workers since the end of 2019, according to an industry survey, as the effects of Brexit and the coronavirus pandemic squeeze the jobs market.

The pool of labour from the EU has shrunk at the fastest rate, according to data collected by recruiter Caterer.com. At the latest count, there were around 172,000 EU citizens working in the hospitality sector, down around 41 per cent compared to a pre-pandemic total of nearly 293,000.

The number of international workers from all continents fell over the past two years, with roughly 76,000 workers from foreign countries outside the EU also leaving the workforce. In total, around 197,000 foreign staff have left the sector since 2019, according to the research based on a survey of 250 senior hospitality hiring managers conducted in July.

No sectors have been hit harder by the tight labour market resulting from the fallout of Brexit and the pandemic, with hospitality facing a 7.9 per cent vacancy rate, the highest of any industry, according to the ONS.

Caterer.com director Kathy Dyball said the sector was in the midst of “a sustained and severe labour crisis”. She added that giving chefs access to skilled worker status, which allows British companies to sponsor them for a work visa, was “a good start” but added that employers still faced barriers to recruiting overseas workers.

“Vacancies are forcing some businesses into curtailing trading hours or closing for whole days,” said UKHospitality chief executive Kate Nicholls. The industry body estimates that vacancies are costing businesses £21bn in unmet demand and lost revenue, and the Treasury around £5bn in lost tax. “It is vital to the UK economy that we successfully tackle this crisis,” Nicholls added.

A West End restaurateur, who operates around a dozen sites across London, said his wage bill had increased almost 20 per cent in the past year as he scrambled to attract staff.

“The growth in hospitality in the last 30 years has been fuelled almost entirely by a non-British workforce,” he said.

“The effect of Brexit, combined with the pandemic, has been to remove that component of the workforce — and in the absence of having to recruit staff, the only option is to increase prices or for some businesses to shut down,” he said, adding that the labour squeeze was biggest among front-of-house staff.

Some 43 per cent of businesses surveyed said they had to cut back operations because of the staffing shortage. In the survey, 89 per cent said tough immigrations rules were dissuading them from hiring from overseas. One in four reported more applications from British candidates.

Emma McClarkin, chief executive of the British Beer and Pub Association, said another remedy was to give employers more flexibility about how they spend an industry levy to fund apprenticeships, allowing them to use the money for recruitment drives as well as wages.

“We have been encouraging the government to introduce more youth mobility visas to allow skilled workers to be employed from overseas, but the government must make it easier to recruit and retain staff more locally as well,” she added.

A UK government spokesperson said: “We want to see employers make long-term investments in the UK’s domestic workforce . . . instead of relying on cheap labour from abroad.”

They added that businesses could also hire immigrant workers that meet “the required English language and salary thresholds and are sponsored by a registered Home Office sponsor”.