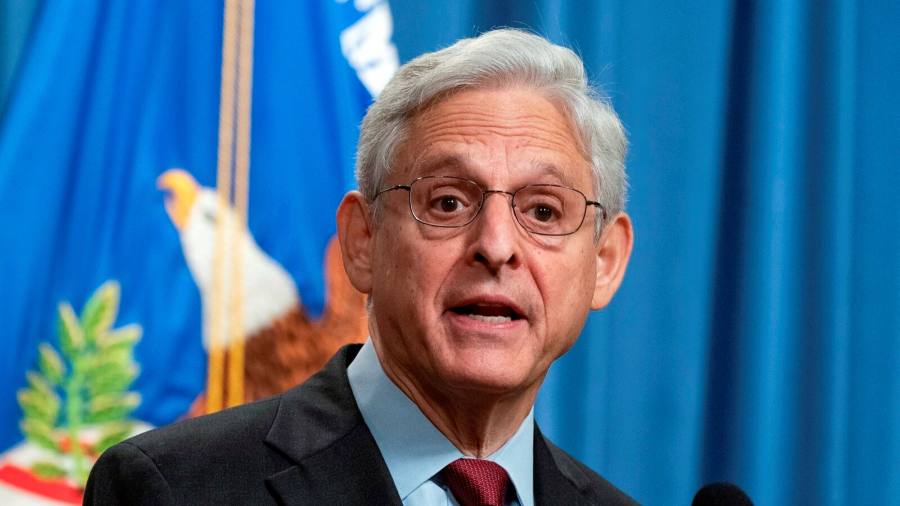 US attorney-general Merrick Garland said the justice department had moved to unseal the search warrant and the list of items retrieved by the FBI from Donald Trump’s Mar-a-Lago estate on Monday, breaking days of silence on the extraordinary operation.

In a statement from the headquarters of the Department of Justice in Washington on Thursday, Garland said he had personally approved the search of the former president’s residence, which was signed off by a federal judge, though he declined to offer details on the reasons behind it.

The attorney-general also issued a firm defence of law enforcement agencies after vitriolic attacks on the FBI and the DoJ following the search, from Trump and his aides, as well as Republican lawmakers. On Thursday, amid concerns that the backlash could turn violent, an armed man was killed by police after attempting to breach the FBI’s office in Cincinnati, Ohio.

“I will not stand by silently when their integrity is unfairly attacked. The men and women of the FBI and the justice department are dedicated, patriotic public servants every day,” he said. “They protect the American people from violent crime, terrorism and other threats to their safety while safeguarding our civil rights. They do so at great personal sacrifice and risk to themselves. I am honoured to work alongside them.”

Garland said the justice department wanted a judge to approve the public release of the documents connected to the search “in light of the former president’s public confirmation of the search, the surrounding circumstances and the substantial public interest in this matter”.

After the search was conducted at Mar-a-Lago by two dozen federal agents, Trump announced it in a statement, lashing out at the move as politically motivated.

But Garland defended the DoJ’s actions as an application of the law to all citizens.

Garland confirmed that Trump’s lawyer, who was present at the time of the search, was provided with a copy of the warrant and the list of items retrieved.

On his Truth Social account, Trump responded by exclaiming “WITCH HUNT” and saying the search came “out of nowhere and with no warning”. “My attorneys and representatives were co-operating fully, and very good relationships had been established. The government could have had whatever they wanted, if we had it.” But Trump did not say whether he supported an unsealing of the search warrant or the receipt from the search.

People close to the DoJ investigation say federal investigators executed the search warrant on Trump’s Mar-a-Lago estate after a legal stand-off that lasted weeks over the former president’s handling of classified records from his time at the White House.

Trump has not released the search warrant or the list of items and documents taken from Mar-a-Lago by federal investigators and it is now up to the former president and his team to decide whether to do so or challenge the justice department’s motion to unseal them.

According to a court filing, Trump and his team have until Friday afternoon to tell the DoJ whether they agree with the motion.

“DoJ filed a motion to unseal the Trump search warrant in the name of the public interest. Now, Trump can agree with the DoJ to unseal the search warrant, or go to court to OPPOSE the motion and CONCEAL the truth,” tweeted Jimmy Gomez, a Democratic lawmaker from California.

Lindsey Graham, the Republican senator from South Carolina, said in a statement that Garland’s response was insufficient.

“What I am looking for is the predicate for the search. Was the information provided to the judge sufficient and necessary to authorise a raid on the former president’s home within 90 days of the midterm election?” Graham said. “I am urging, actually insisting, the DoJ and the FBI lay their cards on the table as to why this course of action was necessary. Until that is done the suspicion will continue to mount.”