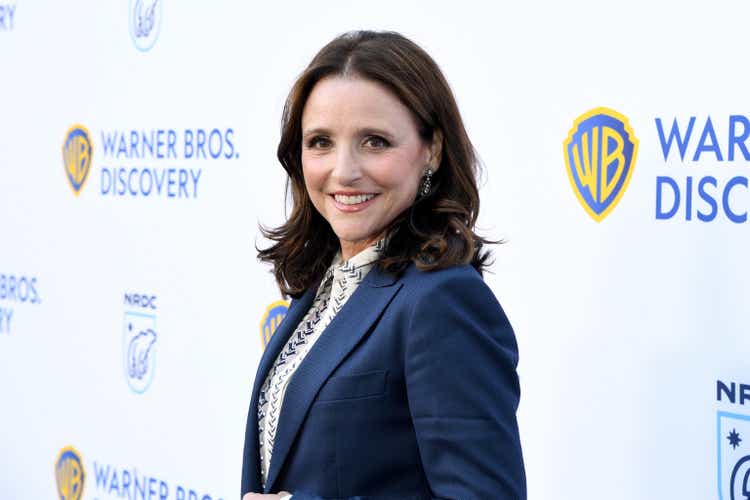 Warner Bros. Discovery’s (NASDAQ:WBD) Q2 release disappointed the media, analysts, and some investors, but not us. In our early June article, we noted that the market forced a capitulation move on WBD at its June lows. Therefore, we were confident of WBD holding those lows, even as the market sentiments were negative.

Accordingly, WBD surged more than 20% from its June bottom heading into its Q2 card, outperforming the SPDR S&P 500 ETF (SPY) as the market anticipated a robust performance. Notwithstanding, we believe the market took the opportunity to shake out weak hands who chased the rally, given the pace of its recovery.

However, we are confident that management is committed to returning the company to sustainable profitability as it works on optimizing its content strategy. Despite the cut in FY23 guidance, we believe the company’s commitment to lifting its profitability should undergird WBD’s valuation and subsequent recovery.

Therefore, the steep post-earnings sell-off has created another fantastic opportunity for investors who missed the June bottom to jump on board.

We reiterate our Buy rating on WBD, with a medium-term price target (PT) of $23 (implying a potential upside of 58% as of August 5).

Resetting Expectations To Focus On Profitability

The company’s decision to cancel the Batgirl project after poor reviews from its test screenings suggests that management is not averse to making tough decisions to right the ship. Therefore, we are confident that management is committed to its long-term profitability outlook, as the company refocuses on quality instead of quantity. CEO David Zaslav was unapologetic about the decision, as he articulated (edited):

You have to look at it and ask, how many subscribers are going to sign up to HBOMax because of Batgirl alone? And most DC lovers are already subscribers. The better financial return on the film at this point is to write it off and take the tax credit. – WSJ

Notwithstanding, Bloomberg articulated that WBD’s decision to focus on profitability growth is “anti-consumer,” risking a potential fallout and not keeping up with the times. It accentuated (edited):

The danger is that the strategic shift leaves Warner Bros. Discovery vulnerable to competition. In the entertainment universe, the power has shifted away from big TV companies and toward viewers, more than Zaslav seems to realize. He is operating with a 1990s mindset. His strategy is an enormous step back for consumers — and one that risks backfiring. – Bloomberg

Furthermore, some Street analysts seemed frustrated with the company’s Q2 performance and outlook. For example, Barclays didn’t like the guidance cut and believed that the company’s execution could be at risk, coupled with limited near-term catalysts.

But, Look Ahead To Better Days

However, the Street consensus (bullish) remains confident of seeing WBD emerging from the bottom in its profitability profile, as seen above, which is also in line with management’s revised outlook.

Management had lowered its adjusted EBITDA forecasts for 2023 to $12B from $14B previously. In addition, FY23’s free cash flow (FCF) guidance has also been reined in, as WBD projects $3.96B to $6B, down from $8B previously.

However, the consensus estimates for FY23 FCF of $6.72B suggest that management could be sandbagging expectations, given the worsening macro headwinds. Management also alluded to its conservatism in its earnings commentary, as it highlighted (edited):

We are adjusting our 2022 and 2023 EBITDA outlook, primarily based on: first, a less favorable macroeconomic backdrop resulting in a more conservative outlook overall and for ad sales specifically. Second, a change in the streaming industry dynamics and our strategic response. And third, as noted earlier, the difference is in legacy WarnerMedia budget projections that were made available to us prior to closing versus what we now view as legacy WarnerMedia’s budget baseline post-closing. (WBD FQ2’22 earnings call)

Is WBD Stock A Buy, Sell, Or Hold?

As seen above, WBD held its weekly low, despite the damage suffered post-earnings. Also, it’s still way above its June lows, which we believe should hold robustly. Therefore, it seems as if the market used the pessimism last week to digest the gains from buyers chasing the recovery to set up another fantastic buying opportunity.

Furthermore, we also observed that the Communications ETF (XLC) is at its long-term bottom and could form a bear trap price action (indicating the market denied further selling downside decisively) by the end of August. Therefore, we are confident that the broad sector re-rating should also lift buying sentiments in WBD, underpinning its June lows.

As a result, we are confident that WBD should maintain its June bottoms resolutely and urge investors to use the recent sell-off to add positions as its valuation is attractive (see our previous article for the modeling).

As such, we reiterate our Buy rating on WBD, with a medium-term PT of $23, which implies a potential upside of 58%.