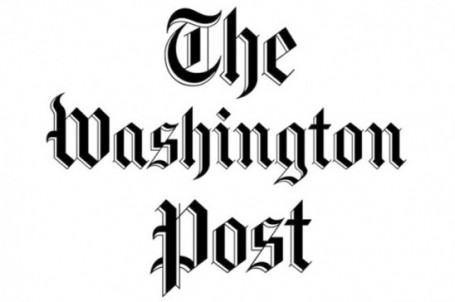 We are excited to announce the full lineup of our new Democracy team, a group of journalists based in Washington and across the country who are documenting battles over voting rules and access to the polls, efforts to sow doubt about elections and erosion of trust in the democratic process.

Members of the Democracy team are collaborating with journalists across the newsroom to provide our readers with incisive and revelatory stories about the people and forces working to erode that trust, as well as those fighting to restore it.

Matt Brown joined The Post in March to cover Georgia, a state at the center of the national debate over access to the polls. He will document the impact of Georgia’s new voting law while exploring the dynamics of an increasingly diverse electorate. Now based in Atlanta, Matt was previously at USA Today, where he covered the White House.

Amy Gardner covers voting rights and laws, election administration and efforts to undermine confidence in the American democratic system. Amy joined The Post in 2005 and has reported and edited both local and national political coverage. Her recent work has focused on attempts to overturn the 2020 presidential election and the spread of election-related falsehoods.

Tom Hamburger will examine threats to electoral democracy on the state and municipal level, with an emphasis on Pennsylvania. Tom has reported extensively on the pressure facing election officials in Michigan and other battleground states during the 2020 campaign, as well as on Russian efforts to influence the 2016 vote.

Rosalind S. Helderman investigates the people and organizations leading efforts to undermine the democratic system, spread disinformation about the 2020 election and make it harder to conduct free and fair elections. Roz has spent 21 years at The Post, most recently covering Russian interference in the 2016 election, both of Donald Trump’s impeachments and the aftermath of the Jan. 6, 2021, attack on the U.S. Capitol.

Patrick Marley writes about democracy in Wisconsin, Michigan and other parts of the Upper Midwest. Patrick, who is Madison-based, joined The Post last month following 18 years at the Milwaukee Journal Sentinel, where he reported on political tumult in Wisconsin, including fights over voter IDs, redistricting and ballot access.

Isaac Stanley-Becker, who has reported for The Post from across the United States and Europe as a member of our National and Foreign staffs, is focused on the role of money and misinformation in the democratic system. He is the author of a forthcoming book on free movement in the European Union.

Yvonne Wingett Sanchez covers democracy in Arizona, where officials came under intense pressure to overturn the results of the 2020 presidential election. Yvonne, who is Phoenix-based, joined The Post last month from the Arizona Republic, where she spent 21 years, most recently as a national politics reporter.