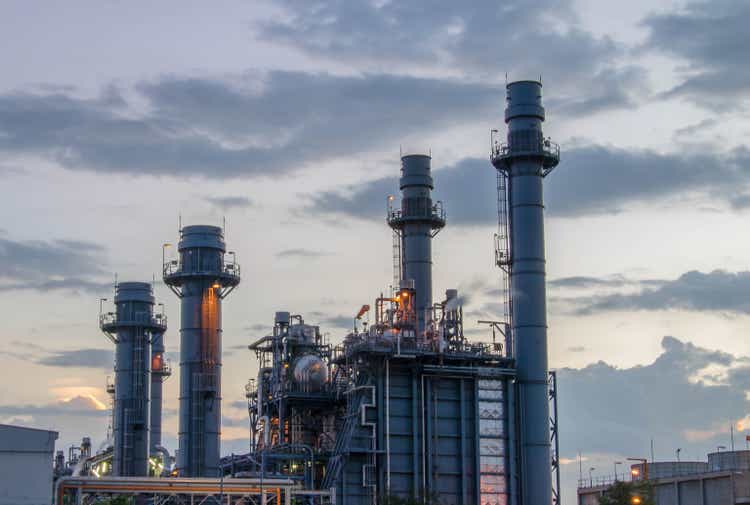 Renewable energy stocks have caught a bid since the Inflation Reduction Act (IRA) was announced last month. Much of the action has taken place in the popular iShares Global Clean Energy ETF (ICLN) and Invesco Solar ETF (TAN) products. The Utilities sector has some exposure to the area, but not all stocks in the group stand to benefit.

Arun Banskota, President and CEO of Algonquin Power & Utilities Corp. (NYSE:AQN) said on the firm’s Q2 earnings call that he is pleased to see continued progress towards the passing of the IRA. The CEO went on to say: “Many provisions in the draft legislation could provide tailwinds to Algonquin and help accelerate the clean energy transition. The 10-year extension of the production tax credit (PTC) and investment tax credit (ITC) would provide significant opportunities for continued investment in renewable energy throughout the United States. Within the renewable business, PTC and ITC benefits are expected to be split between customers and developers. Our active greenfield development platform will ensure we have projects in the pipeline and the ability to participate in these benefits if the legislation is passed.”

According to Bank of America Global Research, Algonquin Power & Utilities Corp. is a renewable energy and regulated utility conglomerate with assets in North America and equity investments in Atlantica Yield (AY). Liberty Utilities has operations in 13 states with 163,000 water customers, 265,000 electricity, and 338,000 gas. Algonquin Power has 35 contracted clean energy facilities, representing 1.7GWs of installed capacity. Its 44.2% stake in AY is considered an equity investment at the holding company level.

Listed on both the TSX and NYSE, the Canadian $12.5 billion market cap Multi-Utilities industry company in the Utilities sector trades at a high trailing 12-month price-to-earnings ratio of 52.8 but pays a hefty 4.7% dividend yield, according to The Wall Street Journal.

Looking ahead, though, AQN’s forward P/E is a much more reasonable 18.5, per Koyfin Charts. Its next 12-month price-to-sales ratio is elevated at 3.2, however. The Utilities sector’s forward operating P/E is high, in general, at nearly 21-times using FactSet’s data.

BofA analysts are not so upbeat about AQN. The company has a history of not delivering on its lofty growth estimates. Earnings are seen as growing below the rate of inflation this year, but accelerating in 2023 before a slowdown in 2024. Given that the stock does not come cheap, and it is free cash flow negative, the fundamental picture is not so bullish at the moment.

AQN reported its Q2 results back on August 11. The $0.16 per share figure was above analysts’ expectations of $0.15. Shares initially rallied modestly following the report, but finished lower after the announcement. Its next quarterly report is unconfirmed for Thursday, November 10 AMC, according to Wall Street Horizon. Before then, the corporate event calendar shows a dividend ex-date of Wednesday, September 28.

There’s a mixed fundamental story with AQN. While it stands to benefit in part from the IRA, the company’s valuation is not cheap, and its execution history is questionable. Let’s turn to the charts for some more clues.

Unfortunately, I see more uncertainty with the technicals. There’s clear resistance in the $16 to $17 area. Notice the huge volume that came with a large gap down in price in June of last year. The stock has not been able to reclaim that level since (though it tried on a pair of occasions). There’s support in the $12.90 to $13.60 range. After shares backed away from the June peak just recently, I think the stock could revisit the low $13s before long.

AQN: Stuck In A Range, Underperforming the Hot Utilities Sector

I would shy away from AQN given its shaky fundamentals and valuation right now. If the chart illustrated a clear uptrend, there would be more cause for hope. Unfortunately, shares are in a downtrend off their early 2021 peak, and they are significantly underperforming the sector. AQN’s big dividend is one of the few upshots to the rangebound stock.