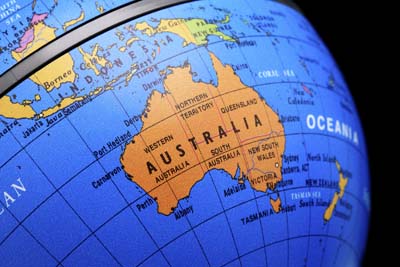 There were no surprises from the Federal Reserve, which delivered a second straight 0.75% hike on Wednesday. The markets had priced in this move, although it was a live meeting, as there was an outside chance of the Fed firing a massive 1.00% salvo in order to curb runaway inflation. The US dollar beat a hasty retreat against the majors, as the markets jumped on Fed Chair Powell’s post-meeting comments. Powell stated that it might be appropriate to reduce the pace of rate hikes moving forward and each rate decision would be made on a meeting-to-meeting basis. In effect, this ditches forward guidance. The equity markets were in a “buy everything” (and sell US dollars) mood after Powell’s remarks, and the Aussie jumped on the bandwagon, climbing 0.76% and hitting a six-week high.

In Australia, retail sales fell sharply in June to 0.2% MoM, down from 0.9% in May (0.5% exp). The RBA has embarked on an aggressive rate-tightening cycle, which has taken a toll on Australian consumers, who are grappling with higher mortgage payments, in addition to soaring inflation. Even with the drop in consumer spending, the RBA is likely to press ahead with a 0.50% rate increase at its meeting on August 2nd.

The markets will now shift attention to US GDP, which will be released later today. The markets are forecasting a small gain of 0.5% for the second quarter. The economy contracted by 1.6% in Q1, and a negative reading today would technically mark a recession, which could shake up the markets, which are always allergic to the “R” word.