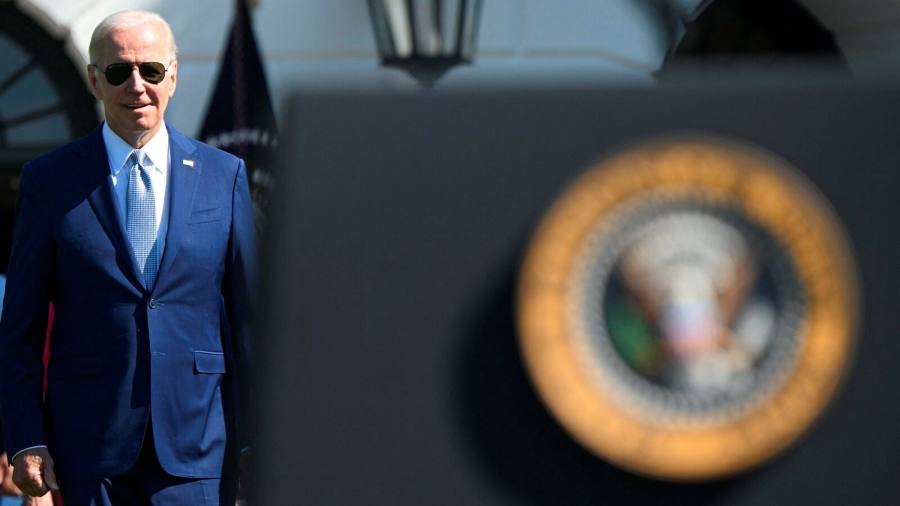 The US played an instrumental role in encouraging 136 countries to sign up to a global tax deal tabled by the OECD last October and hailed as the most important tax reform in more than a century.

But over recent days it has become clear that how Washington intends to apply one of two parts of the proposals — a minimum corporate tax floor of 15 per cent — is at odds with how the agreement is likely to work elsewhere.

The stripped-back version of Joe Biden’s tax plans that featured in the Inflation Reduction Act, the White House’s flagship economics legislation which last week narrowly passed the Senate and is expected to pass in the House of Representatives this week, misses out key elements of the deal inked in Paris.

That has raised concerns that multinationals will face a web of complexity that will leave them struggling to comply with a set of rules aimed at ensuring they pay a fairer amount of tax. “Companies all want this alignment that they have been working to, but now it’s not what they thought it would be,” said Kate Barton, global vice-chair of tax at accounting firm EY. “Will all countries now just go and do their own thing?”

Where does the Inflation Reduction Act fall short?

The rules for the global minimum tax, as set out by the OECD, require multinational companies with annual revenues of more than €750mn to pay a top-up tax to an effective rate of 15 per cent in every country in which they operate.

This part of the deal, known in tax circles as “Pillar Two”, is designed to “stop what’s been a decades-long race to the bottom on corporate taxation”, as US Treasury secretary Janet Yellen put it when the deal was signed.

To bring the US in line with Pillar Two, the Biden administration originally proposed reforms to the US’s global intangible low-taxed income — or Gilti — regime. Under Gilti, a top-up tax of about 10.5 per cent is currently applied to the profits of subsidiaries of US companies located in low tax jurisdictions.

Gilti was introduced in the US in 2017 to stop US companies shifting profits overseas and Biden’s original proposal was to increase the Gilti rate to 15 per cent to bring the US into line with the OECD deal.

These proposals failed to gain approval in the Senate, however, with Joe Manchin, the West Virginian Democrat who was crucial to the Act’s passing, asking for their removal.

Instead a corporate tax minimum of 15 per cent will only apply to the “book income” — the amount reported in financial accounts — of companies with revenue of over $1bn. It will also only apply at a group level, rather than on a country-by-country basis — falling short of the deal’s goal of eliminating the practice of setting up subsidiaries in tax havens.

It’s “doubtful” that what’s in the act will be deemed compliant with the global minimum tax, said Ross Robertson, international tax partner at accountancy firm BDO.

“Ultimately, there could be increased complexity for international businesses in application of the rules once in force — or worse, it could increase the risk of double tax arising,” Robertson added.

How are other signatories likely to respond?

Peter Barnes, a tax specialist at the Washington law firm Caplin & Drysdale, called Congress’s alteration of the Biden tax proposals “disappointing” but “certainly not fatal” to the deal.

One reason why is that, if the US implements the 15 per cent minimum rate in the form detailed in the act and not the deal, then other tax authorities could potentially scoop up more revenue from US companies for themselves. That’s because the deal features a complex mechanism that allows other countries to effectively impose a tax of up to 15 per cent on the income of a subsidiary located there if — as is the case of the US — the home country of the parent corporation does not impose a top-up tax.

“The [4.5 percentage point] difference between the Gilti 10.5 per cent rate and 15 per cent will be captured by other jurisdictions,” explains Reuven Avi-Yonah, professor of law at the University of Michigan.

Pascal Saint-Amans, director of tax administration at the OECD, said: “When you think seriously about [the design of] Pillar Two you realise that it is going to happen anyway.”

Barnes agrees and thinks US multinationals may eventually push Congress to apply Pillar Two in a form closer to that agreed at the OECD.

However, progress for implementing the global minimum tax has been delayed across the board, with all countries yet to pass legislation for it, despite initially agreeing to do so by the end of 2022.

The EU issued a draft directive to implement Pillar Two in December, but political divisions have failed to achieve unanimous approval from member states. Hungary, a member state often at odds with Brussels, is currently blocking progress.

The remaining 26 European countries may be able to implement Pillar Two without Hungary, however, by enshrining it in their own domestic legislation.

“There remains significant political will in Europe to press forward,” Robertson said, adding that he expected most of Europe to apply Pillar Two from January 2024.

Once the EU moves ahead, other countries will probably follow suit to prevent losing out on the top-up taxes.

The other part of the deal, Pillar One, which aims to make the world’s largest multinationals pay more tax in the countries in which they make sales, is even further behind schedule.

While the delays and setbacks have proven frustrating for those who are desperate to see companies pay their fair share, practitioners emphasise just how fundamental a reform the deal is.

“We’re effectively needing to design an entirely new global tax base,” said Heydon Wardell-Burrus, a researcher at the Oxford Centre for Business Taxation.