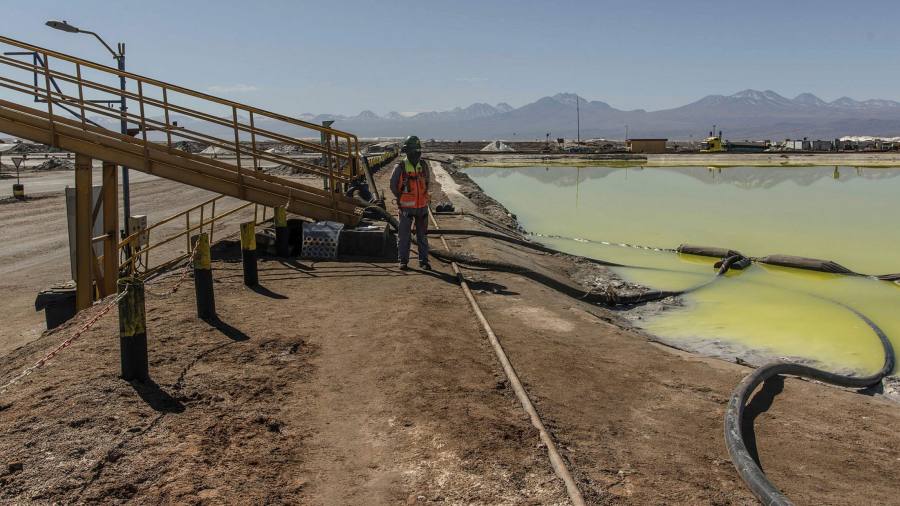 Carmakers face a battle for the rest of the decade to secure the lithium needed to help power the electric vehicle revolution, as demand threatens to overwhelm supply, one of the biggest producers of the metal has warned.

Lithium’s use in electric car batteries has put the raw material at the heart of a global competition that has pitted the world’s largest carmakers against each other and drawn in governments as they all race to increase and safeguard supply.

This year carmakers ranging from Stellantis to BMW have invested in lithium start-ups, underlining the pressure the industry faces as more of the world shifts to electric vehicles. Last week, General Motors said it would pay Livent, another producer, $200mn upfront to secure the raw material.

Kent Masters, chief executive of Albemarle, the largest publicly traded lithium producer, said the market will remain tight despite efforts to unlock more of the metal.

“It’s systemic for a pretty long period of time,” Masters said of the challenge facing the industry. “For seven to eight years it stays pretty tight.”

The forecast from Albemarle, which is based in Charlotte, North Carolina, and counts Tesla and other major carmakers as customers, comes after a more than eightfold surge in the price of lithium compounds since the start of 2020.

While the price has steadied near the record $70,000 per tonne hit in April, lithium’s use in batteries has allowed it to escape the recession-driven decline that has hit many other commodities in recent months.

Riding the hot market, Albemarle has lifted its earnings forecast three times this year, expects to be able to increase its production and turn cash flow positive faster than expected.

Some banks and research houses, however, are less optimistic about the prospect for lithium prices, with analysts at Goldman Sachs pointing to technological advances that could yield more supply within a couple of years.

A key material in electric batteries alongside nickel and cobalt, lithium can be extracted from brine, hard rock and clay. One technology some are betting on is direct lithium extraction, a technique that removes the metal from brine without relying on evaporation.

But Eric Norris, president of lithium at Albemarle, said hopes for a rush of supply overestimated the ability of producers to match demand from carmakers that has become “broader, deeper and more certain”.

“The ability to execute capital projects is not widely held,” said Norris, adding that lithium companies have historically delivered as much as 25 per cent less production than promised in a given year because of chronic delays and technical mishaps.

Lithium mining projects typically take between six and 19 years from an initial feasibility study to actual production, the longest of any of the technologies involved in electric batteries, according to a report last month from the International Energy Agency.

The world needs another 60 lithium mines by 2030 to meet all the decarbonisation and electric vehicle plans of national governments, the IEA said.

A dearth of semiconductor chips has been the major constraint for car companies over the past 18 months, but as they step up their EV ambitions, securing lithium is becoming an increasing worry.