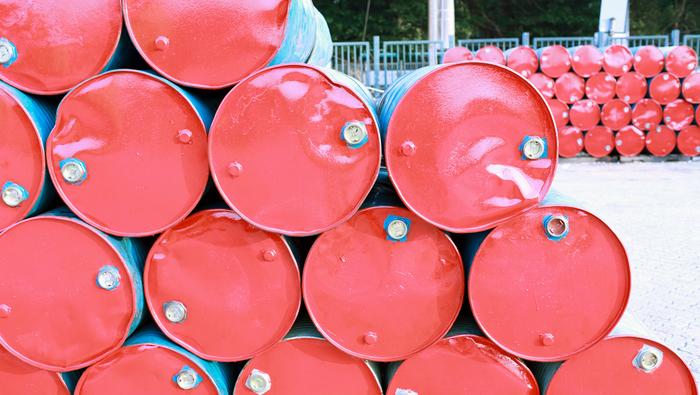 A draft text to restore the 2015 US-Iran nuclear deal was finalized early this week following several rounds of stalled negotiations over the past year and a half. If Washington and Tehran agree to the terms laid out in the draft, this could see the removal of sanctions on Iran, including oil exports. Iran would likely be able to supply upward of 1 million barrels per day, although no specific timeline is known. Overall, a deal would likely pressure oil prices on the additional supply.

Meanwhile, oil traders are awaiting inventory reports from the American Petroleum Institute and the Energy Information Administration. Analysts see the EIA reporting a 400k barrel decrease in crude oil stocks for the week ending August 5. Later this week, the Organization of the Petroleum Exporting Countries (OPEC) will release its monthly Oil Market Report (MOMR). The US consumer price index, due out this week, has the potential to strengthen Fed rate hike bets if the headline figure beats the 8.7% y/y consensus forecast. That would likely weigh on commodity prices, including oil.

The WTI prompt spread, the difference between the current and next month’s contract prices, is nearing the lowest level since April after falling for four straight weeks. While still in backwardation, it’s a bearish signal for the commodity. The 1:1 RBOB/CL crack spread, a theoretical gauge for refiners’ margins, has also seen considerable downside. Altogether, bearish signs but ultimately inventory levels and broader macroeconomic indicators, including the OPEC report, is more likely to drive price action.

WTI oil prices are in danger of breaking below the 90 psychological level as losses pickup through APAC trading. That would expose the 61.8% Fibonacci retracement level, which defended several intraday attempts to push lower. Alternatively, if prices hold the 90 level and rebound, the falling 20-day Simple Moving Average (SMA) would come into focus as a potential target. 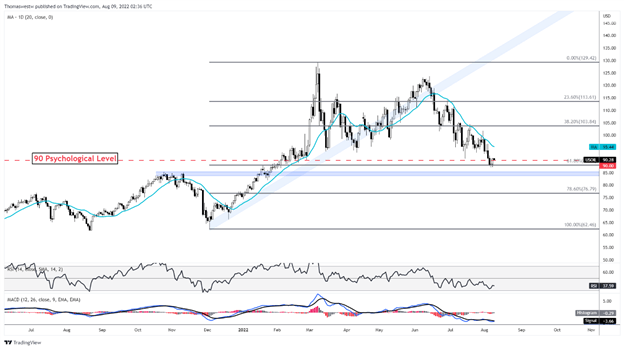