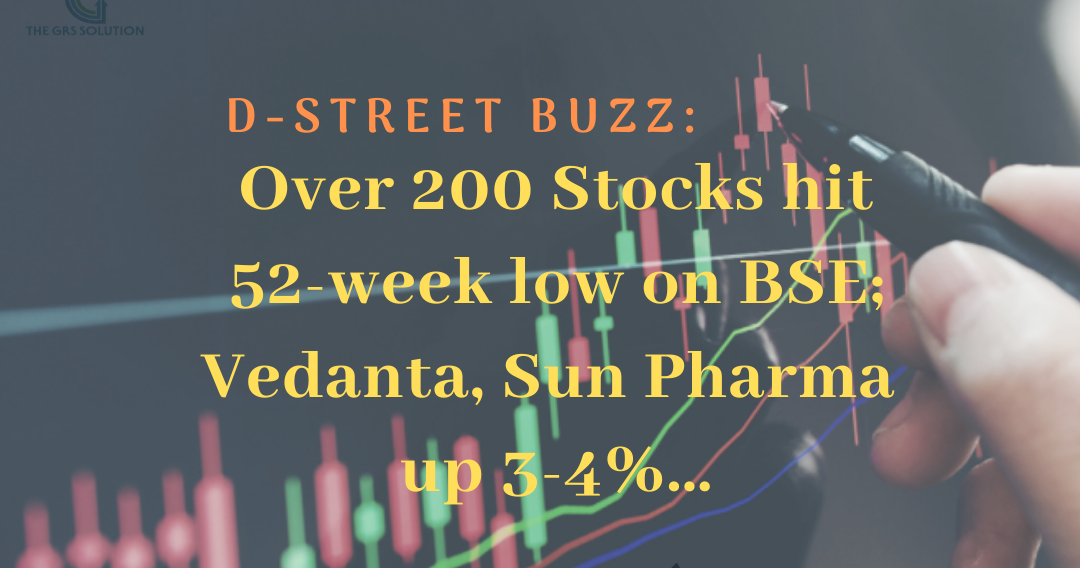 The Indian equity the market witnessed a rebound in trade on March 3 after seven straight
sessions of losses, lifted by expectations that major central banks would
take measures to mitigate the economic impact of the coronavirus outbreak.

The market is trading at
the low point of the day with Sensex up 165.96 points or 0.44% at
38309.98, and the Nifty added 66.70 points at 11199.50.
Metal stocks witnessed
some handsome gains with the index up over 2%. The top gainers included Vedanta
and Hindalco Industries which jumped 3-4% followed by Jindal Steel & Power,
Coal India, JSW Steel, Tata Steel, and MOIL.
The pharma index also
added over 2% led by Sun Pharma which jumped over 3% after global research firm
Morgan Stanley retained its overweight stance on the stock with a target of Rs
530 per share. The other gainers included Piramal Enterprises, Lupin, Cipla and
Biocon.
However, banking names
including PSU banks are trading in the red. Union Bank of India sheds 2% hitting a new 52-week low of Rs 35 per share. The other losers included J&K Bank,
Bank of India, Indian Bank and State Bank of India.
The Rs 10,335 crore
public offers of SBI Cards and Payment Services, the country’s second-largest
credit card issuer company has seen a subscription of over 42% on March 3, the second day of bidding.
The first IPO of the
2020 has received bids for over 4.24 crore equity shares against issue size of
more than 10 crore shares (excluding anchor book’s portion), as per the data
showed by exchanges.
India VIX was
up 3.45% and was trading at 26.07 levels.
According to the ICICI
direct report, volatility has seen a surge from 10% to 25% already. It is
expected to see a cool-off from 30%, which should ideally form the market
bottom.
The top gainers
included Vedanta, Sun Pharma, Zee Entertainment, Cipla and Eicher
Motors while the top losers included Bajaj Auto, Bajaj Finserv, Axis Bank,
Asian Paints and ITC.
The most active stocks
included State Bank of India, Indiabulls Housing Finance, Reliance
Industries, Tata Motors, and HDFC Bank.
31 stocks hit new
52-week high on the BSE including Metropolis Healthcare, Pfizer, Deepak
Nitrite and Atul among others.
205 stocks hit
fresh 52-week low on the BSE including Union Bank India, Karur Vysya Bank,
Bank of India, Kalpataru Power, Dalmia Bharat, CESC, Exide Industries, V-Guard
Industries, Elgi Equipments, and Raymond among others.
About 917 shares have
advanced, 1020 shares declined, and 119 shares are unchanged.