Dating apps should spark love across the political divide 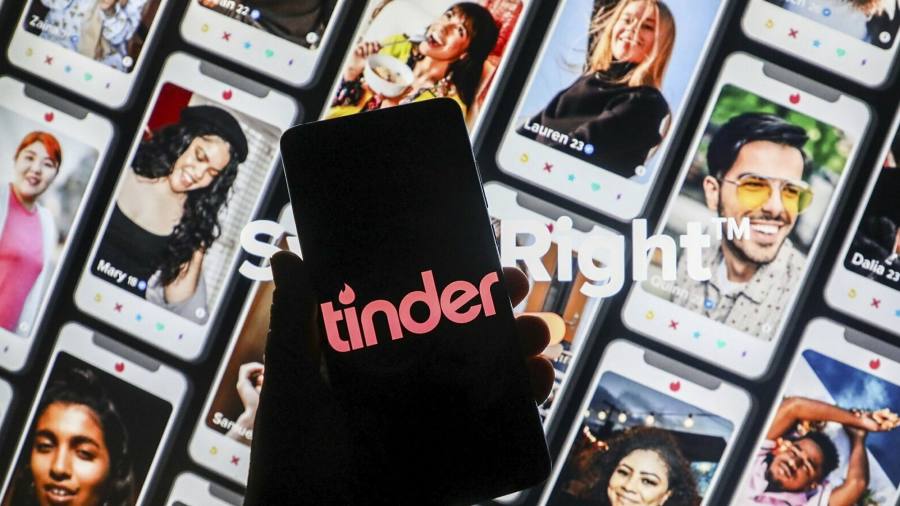 The Right Stuff, a US dating app, wants two kinds of users when it launches next month: ladies and gentlemen seeking to meet fellow conservatives. “Other dating apps have gone woke. We bring people together with shared values and similar passions,” it promised this week.

The new app aspires to control the dating pool so conservatives no longer “endure years of bad dates and wasted time with people [who] don’t see the world our way, the right way”. Many of them will have been arranged on Tinder, which revolutionised relationship hunting a decade ago.

It is an intriguing offer: the elimination of what a Vanity Fair writer once termed the “dating apocalypse” of casual hookups based on “swipe right” matches, in favour of selective encounters with like-minded people. Its website this week displayed a sample profile of “Paul”, a 29-year-old Catholic who loves country music, dislikes Joe Biden and wants children.

But it is a retrograde step. Dating apps are prone to abuse, particularly by young men craving sex, but they also have considerable benefits. For those seeking long-term relationships beyond their immediate circles, they deepen the pool and broaden the opportunity.

Marital conservatism is embedded in us all. What scientists call “endogamy” — the tendency of people to match with others who are like them, in terms of education, class, ethnicity and beliefs — is deep-rooted. This tribalism does not need more encouragement.

It used to be policed by families and friends. More than a quarter of heterosexual US couples met through their families in 1940, but the proportion has fallen steadily since then. Some 35 per cent were still introduced by friends in 1980, before online dating took off.

Tinder takes pride in openness: it does not use social status, religion or ethnicity in its user matching algorithm, claiming that “the party gets better when great people from all walks of life can get together”. It is the world’s largest dating app and wants more users.

Apps are not always so inclusive: Bumble lets premium users search others by education and other attributes and it is easy enough to send signals through profiles. US conservatives complain about liberals putting “Swipe left if you voted for Trump” on their pages. They can be used to search more efficiently for similarity, rather than for greater variety.

The heartening thing is that, despite all of that, technology has tended to produce more diversity in relationships, both in Europe and the US. The dating scene may have become more frenetic and stressful, but the marriage market has gained from being liberalised.

Inter-racial marriage used to be illegal in many US states; online dating has encouraged it. Apps have also increased coupling among people of different religions and educational levels, according to some studies. Perhaps online daters were inherently adventurous in the early days, but there is little sign of that fading as more people join in.

Many young women have bad experiences of dating through apps: more than half of US women in one survey regarded them as an unsafe way to meet. But Gina Potarca, a University of Geneva research fellow, argues that highly educated women who want long-term relationships gain the most from being able to survey a larger pool of candidates.

Potarca, who has studied online dating in the US, Germany and Switzerland, found that such women often search for emotional compatibility rather than social status, selecting partners by attitudes to marriage and gender roles. “They are disadvantaged offline by the shortage of compatible men, but they are skilled in finding what they want through dating apps.”

The result is mixing among classes and races, rather than people sticking rigidly to their roots. This strikes me as a public good in an era of irascible divisions about social attitudes and politics. Opposites often attract, and Romeo and Juliet showed that rebellion lends romance a special thrill.

So I cannot welcome The Right Stuff. You could argue that screening for “people of shared values” is little different from how existing apps are used by many liberals, just with the opposite result. Nor is it alone in limiting its member pool: Tinder’s parent Match Group last month acquired The League, a dating app for professionals that operates like an elite club.

But it is a mirror of western society — the urge to shrink from other tribes and cocoon among people who look like you, agree with you and reinforce existing prejudices (on all sides). One of the beauties of sex is that it can disrupt all that through biological urges.

The Right Stuff was founded by two former aides to Donald Trump and it evokes the familiar promise of restoring tradition. “We need to get back to the right way of dating,” says Ryann McEnany, sister of Trump’s former press secretary, in its introductory video.

It was no doubt sweet to be picked up by a boy your parents knew, waiting outside the white picket fence. It definitely felt more orderly than being thrust into the dating app cacophony. But give love’s arrow a chance.