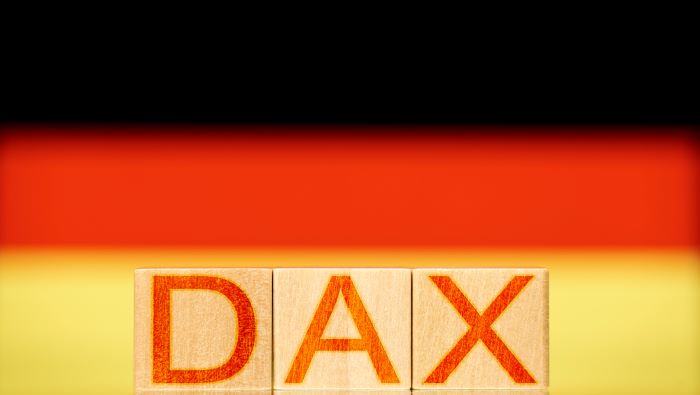 The DAX struggled in European trade as we pushed lower following yesterday’s attempted recovery rally which ran out of steam during the US trading session. German PPI rose 5.3% on the month, up 37.2% on the year, the biggest single gain since record-keeping began. Producer prices typically lag when it comes to consumer price increases and this data from Europe’s largest economy and biggest growth driver will add tomounting recession fears. This will no doubt serve as further confirmation that the region’s central bank will have to add another half-point rate hike in September, which will exacerbate the risk of a recession.

As the energy crisis worsens, European natural gas futures extended their gains to a record-high settlement as an energy-supply crunch continued to batter the region. Signs are beginning to emerge that fuel is becoming too costly for industrial use and power generation which adds to production cost concerns on the back of the German PPI data. Nations are developing plans to save gas in the run-up to winter, placing as much as possible into storage sites but are still preparing for a risk of energy rationing.While a “nationwide gas shortage does not necessarily have to occur,” Germany expects “there could definitely be gas shortages regionally,” Klaus Mueller, President of the Federal Network Agency BNetzA, said in an interview with the news website t-online.

A positive for the German economy comes in the form of the Rhine Crisis, which shows signs of respite with water levels set to rise. The crisis is far from over however as the marker at Kaub, a narrow and shallow waypoint west of Frankfurt, is set to rise to 67 centimeters (26.4 inches) by Aug. 22, German government data show. This compares with a current level of about 38 centimeters. Some vessels continue to restrict loads with the Rhine seen as one of the issues compounding the energy crisis.

The index trades between the strong 14000 psychological level and daily support around 13500. Today’s daily candle close as well as the weekly close will be of particular significance, as a close below 13500 would change the daily structure bearish and hint at further downside heading into the new week. As mentioned since the end of last week, a break above 14000 seems unlikely without a sustained positive shift in overall market sentiment.

From a technical perspective, last week’s candle close saw us post 4 consecutive weeks of bullish price action and higher prices as the bullish rally gained steam. The weekly candle closed without any upside wick indicating buyers were firmly in control. Monday’s inside bar hanging man candlestick hinted at continued downside, however it was followed by Tuesday’s bullish engulfing candlestick and Wednesday’s bearish engulfing candlestick highlighting the indecision in markets as well as the importance of the key psychological 14000 level. Yesterday saw a bullish inside bar candle close hinting at further upside which has yet to occur. A crucial daily and weekly candle close beckons with a bullish close hinting at a further test of the 14000 level next week, while a close below the 13500 level could open up further downside next week.

On a 1H chart we have seen a close above the trendline in what could be described as a false breakout. Following Wednesday’s aggressive drop, we had a mixed day yesterday with European session gains partially given up in the US trading session. We now trade back below the 20,50 and 100-SMA resting just above our key support area. A daily candle close below 13500 (which lines up with the 50% fib level) will change the daily structure and outlook to bearish as well, while a 1H bounce of the support area could see a positive end to the week.