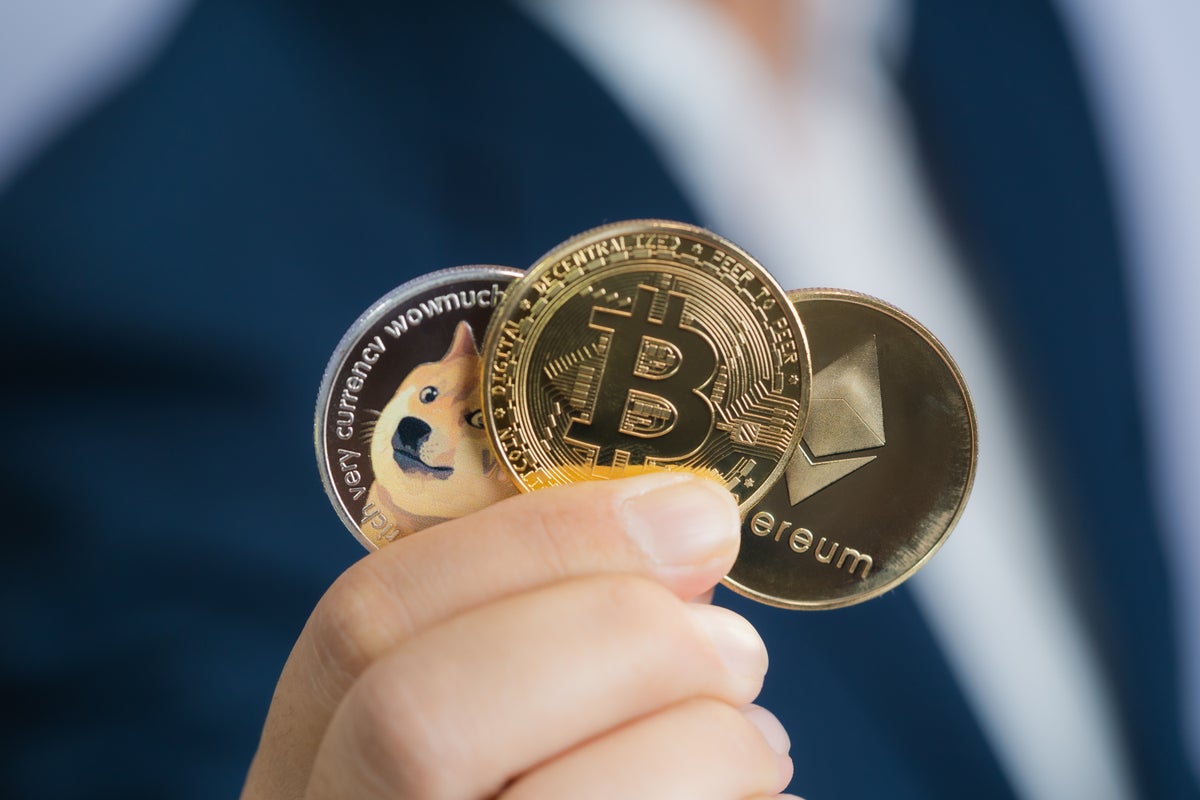 See Also: How To Get Free NFTs

Why It Matters: As the weekend euphoria died down — during which Bitcoin failed to cross the $25,000 mark but Ethereum pushed past the psychologically important $2,000 level — meme coins were left partying alone.

Major coins tracked broader risk assets like stocks at press time as the S&P 500 and Nasdaq futures retreated 0.25% each.

Investors will keep an eye on upcoming earnings from large retail companies this week and how they’ve been impacted by the surging inflation in the recent three-month period. They will also watch out for retail sales data that would be made public this week.

OANDA Senior Market Anaylst Craig Erlam said in a recent note, seen by Benzinga, that the lack of momentum in recent Bitcoin rallies is “interesting.”

“What’s interesting about bitcoin at these levels is how little momentum there is in the rallies, which is going to make $25,000 very difficult to overcome. Is that a sign that we’re seeing some profit-taking or that the correction has run its course and further downside pressure is on the horizon?”

Cryptocurrency trader Justin Bennett shared a chart of the total market capitalization of cryptocurrencies and said the patterns he traced made him “cautious.”

Bennett said in an interaction on the same thread that cryptocurrency bear markets typically last two to three years and “this one involves a global recession.”

Meanwhile, investor sentiment that had turned “Neutral” on Saturday slipped back into “Fear” again on Sunday, according to Alternative.me’s “Crypto Fear & Greed Index.”

A value of 100 on the index is construed to be “Extreme Greed,” while 0 indicates “Extreme Fear.”

Shiba Inu (SHIB) shot up over the weekend. Market intelligence platform Santiment tweeted that there were 433 transactions valued over $100,000 involving the Ethereum-based token. This is the highest in four months.

#ShibaInu has been on the move this weekend, and is up +34% in the past 24 hours while #crypto has been fairly flat. Not so coincidentally, whales have been very active on $SHIB. There have been 433 transactions valued at $100k+, the most in 4 months. https://t.co/Nq78D7h88k pic.twitter.com/9JTtGMMQcj

SHIB and DOGE were among the top three 24-hour gainers on Sunday, each having gained 32.4% and 11.3% respectively.

Read Next: This Analyst Believes Bitcoin, Ethereum Will Surge To All-Time High Soon: Here’s Why