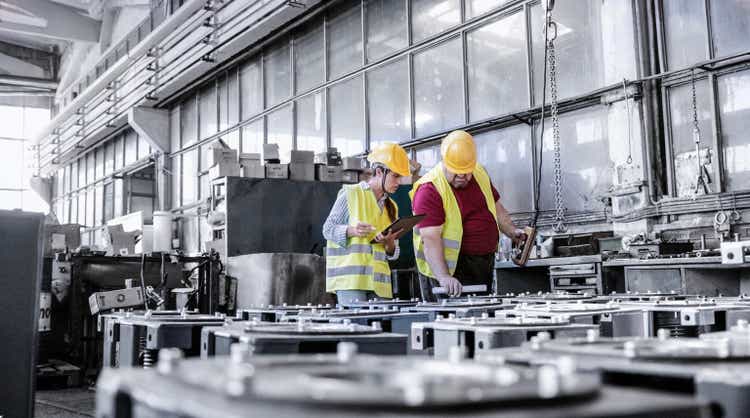 The first regional Fed manufacturing reading for the month of August which came from the NY Fed showed a massive slowdown in general business conditions. The headline number was expected to fall but remain positive at 5. Instead, the index plummeted all the way down to a contractionary reading of -31.3. That is the fourth-lowest reading on record, the lowest reading since May 2020, and the largest one-month decline since April 2020. In other words, New York area manufacturers reported rapid deterioration in business conditions in the first half of August.

Breadth was equally horrendous. The sole index that managed to move higher month over month was Prices Received, while declines in all of the others resulted in all but four categories falling into contraction territory. Future expectations are only slightly more positive than current conditions, albeit these too are seeing readings in the bottom few percentiles of their historical ranges even after significant moves to the upside month over month.

The most pronounced drop of any category was New Orders and Shipments with month-over-month declines of 35.8 points and 49.4 points, respectively. For both, that was the largest month-over-month drop on record with both indices now in the bottom 1% of all readings as a result. Unfilled Orders fell deeper into contraction with a less-dramatic 7.5-point decline month over month.

Expectations were the inverse of that story. New Orders, Shipments, and Unfilled Orders all saw upper-decile monthly increases, with Unfilled Orders’ 18.1-point rise the second largest on record behind May 2010.

The past couple of months have seen plenty of evidence that supply chain stress has begun to ease, and this month’s report from the NY Fed added yet another data point of evidence. For the first time since May 2020, the Delivery Times index fell into contraction, meaning responding firms reported a decline in how long it took for products to reach their destinations. That trend is also expected to continue as six-month expectations continue to hover around the low end of the historical range.

Alongside supply chain pressures, inflation pressures have likewise shown signs of easing. The Prices Paid and Prices Received index have both peaked and come in well off of prior highs of the past year, indicating fewer firms are paying suppliers more or raising their prices.

Across manufacturing reports of late, employment metrics have been somewhat of a bright spot, as they have managed to hold up in spite of signs of slowing demand. In August, employment did not stand out as strongly. On net, firms continue to increase their number of employees but at the slowest rate since October 2020. Meanwhile, the Average Workweek contracted to an extent not seen since the first few months of the pandemic, late 2015, during the Financial Crisis, or in the aftermath of 9/11. Meanwhile, companies are beginning to pull back on capital spending at a rapid rate, as indices tracking plans for Technology Spending and Capital Expenditure have fallen sharply. For the latter, the two-month decline is now the fifth-worst of any period on record.