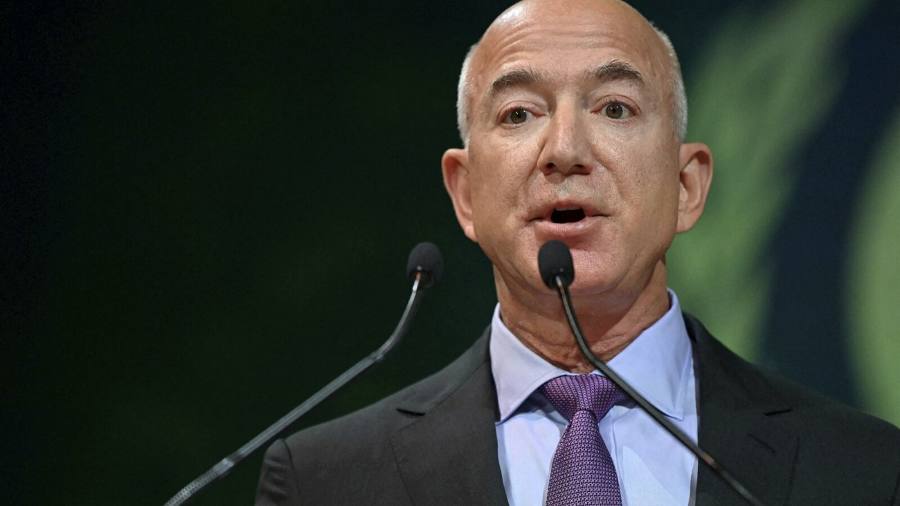 Amazon has accused the US Federal Trade Commission of harassing its top executives, including founder Jeff Bezos and chief executive Andy Jassy, as part of a probe into the ecommerce group’s Prime membership scheme.

Since March 2021, the regulator has been investigating whether Amazon uses deceptive techniques to lure customers into signing up for Prime, the subscription service that offers free delivery and other benefits at a cost of $139 per year.

The FTC is also examining whether Amazon unfairly complicates the process for customers who want to cancel their membership.

In a filing from August 5 that was made public by the regulator on Monday, Amazon said the investigation had become “unduly burdensome” on employees and executives after at least 19 were served individual subpoenas — or Civil Investigative Demands — to give evidence.

The company called for the FTC to “quash or limit” the demands, which it alleged served no other purpose other than to “harass Amazon’s highest-ranking executives and disrupt its business operations”.

Amazon said briefing Bezos and Jassy to testify on “granular” details would be a “tremendous burden on them”. At a minimum, the company said the deadline to provide the information should be extended.

Amazon said the sudden demands followed months of inactivity from the FTC and alleged the company and its executives were given just a few weeks to comply. It added that the FTC had circumvented Amazon’s legal team to serve the subpoenas directly to the individuals, creating “confusion” and “delay”.

Executives in addition to Bezos and Jassy who were served with subpoenas included Doug Herrington, Amazon’s head of retail, and Russell Grandinetti, head of international consumer.

Former executives Dave Clark, who had been head of worldwide consumer, and Greg Greeley, ex-head of Prime, were also served.

The filing accused the FTC of improperly denying at least one subpoenaed employee full access to Amazon’s legal team. It described one acrimonious investigative hearing that ended after just a “few minutes” after Amazon’s lawyer was asked to leave by FTC staff, prompting the testifying employee to follow.

The Prime programme has been heralded as a linchpin of Amazon’s success, with members typically spending more money than non-members. Revenue directly from subscription fees was $8.7bn in the second quarter, about 7 per cent of Amazon’s total revenue for the period.

The FTC under the leadership of chair Lina Khan has pledged to crack down on the power of Big Tech groups. The regulator has in particular identified dealing with deceptive tactics online, so-called dark patterns, as a priority, and released a new set of guidelines in October.

The FTC’s investigation has been extended to four other Amazon subscription services including its ebook service Kindle Unlimited and music streaming platform Amazon Music.

Amazon’s requests will be subject to a vote by the FTC’s commissioners, which include three Democratic and two Republican appointees.

Details of the filing were first reported by Business Insider.