U.S. financial conditions are ;loosening, but the Fed is hiking. What gives? 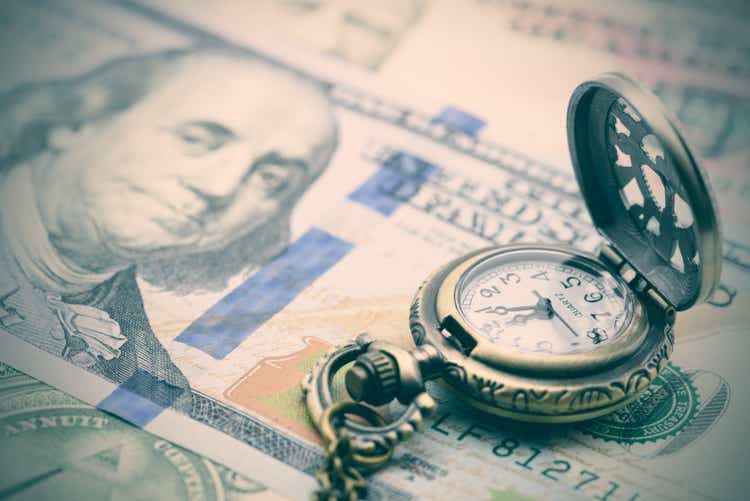 US financial conditions have loosened so much, it looks like we’re back to square one

Long before the Federal Reserve started to hike in March this year, US financial conditions had moved from being ultra-loose around the turn of the year to being reasonably tight just before that first hike. In effect, the market was doing the tightening for the Fed ahead of their first hike.

US financial conditions have, in fact, loosened in an impressive manner since early July, so much so that they’re now back to where they were in February (and briefly again in April). But here’s the thing. Since April, the Fed has delivered 200bp in rate hikes, with the implied purpose of tightening financial conditions. We’re not quite back to square one, but this looks quite odd all the same.

In a sense, the financial markets have undone the tightening down by the Federal Reserve since they started to get serious with outsized hikes. Why? Two reasons (graphs below). (1) We’ve been generically risk-on in the past six weeks, with credit spreads well off their highs and still tightening, and (2) Market rates have fallen (from 3.5% in June, the US Treasury yield almost got to 2.5% before backing off). Given that the Fed wants financial conditions tighter (else why hike), this combination can’t continue.

Expect financial conditions to re-tighten in the weeks and months ahead. After all, that’s what the Fed wants and needs

Between now and the 21st September FOMC meeting, and assuming no material change from the prognosis of easing but sticky underlying inflation, the Fed will be hoping that financial conditions re-tighten. That way, they can ratify the tightening with a hike. Else, the Fed will be left with the less-comfortable position of coaxing tighter financial conditions, whether through the verbal or policy action route.

When the Federal Reserve hikes on 21st September (we think by 50bp), it will bring the effect funds rate to a level that is practically flat to where the US 10yr Treasury yield currently trades at today. From there things get interesting. In all probability, the Fed needs to do more; we think they get to 3.5-3.75% by year-end. As we noted in a previous piece, the 10yr yield can trade through the fund rate, but will only sail through it when the funds rate has actually peaked.

That also places upward pressure on market rates. Look for the US 10yr to head back above 3%, even on a slowdown

So, if the Fed is heading to 3.5% or higher, that must put upward pressure on the 10yr Treasury yield in the months ahead. We maintain our view that the US 10yr needs to get back to a 3% handle, and in fact, it could hit 3.25% given the Fed ambition (our view of their ambition) to get the funds rate north of 3.5%.

The risk asset environment will have to re-calibrate too. Implicit in the notion of tighter credit spreads is a discount for a more tame financial environment and a reduction in recession, and by extension, default risk. The thing is, if inflation does not fall fast enough, the Fed will feel emboldened to continue to hike even as the economy creaks, re-heightening the recession / default risks that lie ahead. And further loosening in financial conditions places even more presssure on the Fed to act as an offset.

Better then for financial market to anticipate this, and move in a direction that re-tightens financial conditions. Apart from higher market rates, that also includes widening pressure on credit spreads. The signaling for that can come from a higher interest rates narrative – one that is deemed persistent till the job is one. The idea of a seemingly never-ending sequence of hikes from the Fed and a ratcheting higher in market rates can be enough to dampen the enthusiasm in the risk asset space.

We are attempting to thread a very tight needle here in the sense that we have also called the top for the US Treasury yield at 3.5%, the level hit in mid-June. The factors that drove that call remain in play, as the 5yr now has a persistent richness attached to it (classic turning point tendency) and inflation expectations have calmed and remain well down from where they were.

So the call remains that 3.5% was the peak. The fall in rates since then made sense. But the threat of the move below 2.5% was too far, too fast. And we have since been calling for the 10yr to head back up to a 3% handle (and potentially extend to 3.25%).

This publication has been prepared by ING solely for information purposes irrespective of a particular user’s means, financial situation or investment objectives. The information does not constitute investment recommendation, and nor is it investment, legal or tax advice or an offer or solicitation to purchase or sell any financial instrument. Read more.