Erdoğan meets Zelenskyy in Ukraine amid tension over nuclear plant 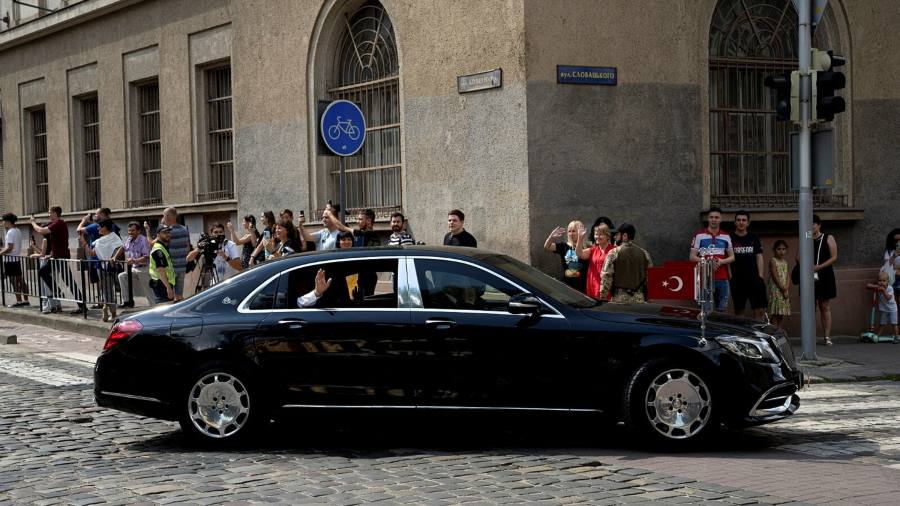 Erdoğan, who has acted as an intermediary between Moscow and Kyiv, on Thursday made his first trip to Ukraine since Russia’s full-blown invasion on February 24.

His trip coincided with UN secretary-general António Guterres, who is in Ukraine to check on the progress of a grain corridor brokered by Erdoğan and the UN between Russia and Ukraine. This has allowed about 30 ships to navigate a narrow lane in the Black Sea in and out of the port of Odesa, partially ending a six-month blockade.

The deal is expected to facilitate exports of 20mn tons of food grain trapped in Ukrainian silos.

Both sides have accused the other of shelling the site as a provocation and to create the possibility of a catastrophic mishap. Russia’s defence ministry on Thursday warned about the dangers of military activity at the site. A visit to the plant by the UN’s International Atomic Energy Agency has been delayed by disagreement between Kyiv and Moscow over which side would arrange the trip.

In his nightly address, Zelenskyy on Wednesday repeated his demands that Russian forces withdraw unconditionally from the plant in order to guarantee its operational safety.

“The Russian army must withdraw from the territory of the nuclear power plant and all neighbouring areas, and take away its military equipment from the plant,” he said. The “relevant mission can be sent to the Zaporizhzhia plant in a legal way, very fast and as efficiently as possible.”

A Moscow-sponsored IAEA visit to the plant would lend legitimacy to its occupation, while Ukraine is not in a position to guarantee the inspectors access to the plant.